Exploring Shipwreck Cove and another Sunrise and Sunset...

This morning, Martha and I took the rental car to a nearby park called Shipwreck Cove.  I was seeking a new and perhaps better spot to capture future sunrises you see. 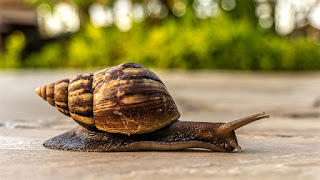 Saw this fellow on the pathway from
the villa to the beach later once the sun
had risen.

Shipwreck Cove has a nice little beach area with a long row of shade trees to provide cover when not swimming.  We were still under a High Surf Conditions warning so there weren't a lot of people in the water as we walked by heading towards the rocky outcroppings nearby.

We made our way slowly up the steep path we found, and finally made it to the top of the first cliff. 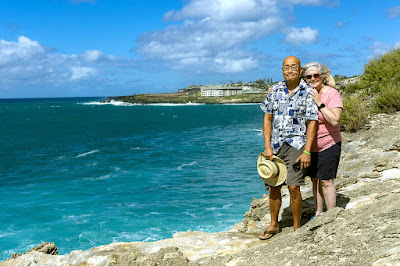 It was, quite windy, up there....
We kept moving eastwards along the edge of the rocks, seeking new angles and shots: 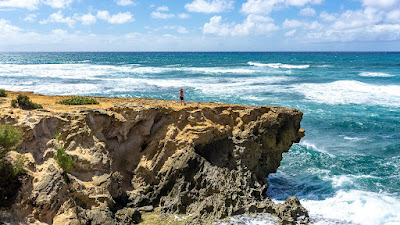 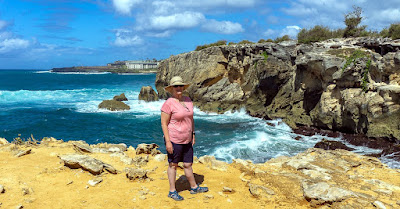 This is as far as we got, both of us were feeling it in our calves! 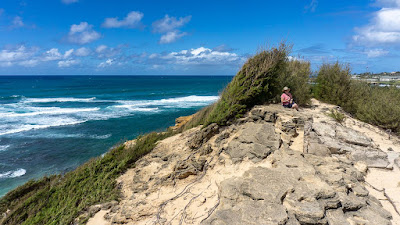 The afternoon was basically spent napping after lunch, while the rest of the crew walked to a nearby shopping area to peruse their wares.

After a great dinner courtesy of Jane and Larry (bbq chicken), it was time to head down to the beach and capture what looked to be a promising sunset: 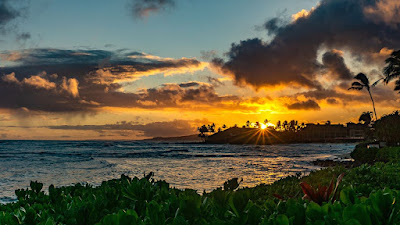 This one, did not suck

Assuming this afternoon's rains didn't make a muddy slippery mess of the paths up the rock cliffs, I plan on going back to Shipwreck Cove in the pre-dawn hours to try and capture the sunrise.

Posted by redlegsrides at 12:13 AM

The sunset is marvellous, but I like the pic of you and Martha best.

Danke SonjaM, I managed to not ruin the picture with my face that time.

Beautiful from sunrise to sunset!