A Crowded Visit to the North Shore's Hanalei Harbor

A nice enough location to be sure, but the crowds involved in the nearby settlement of Hanalei, the combat parking conditions and just plain rude ass wipes ruined this outing for me.

On the way there, before my "chi" was completely disrupted, we stopped at a scenic overlook of the Hanalei Valley and its fields of Poi.  Poi being a starch crop grown by the Hawaiians from back in the day to the present.  A starch which apparently is an "acquired" taste according to most people. 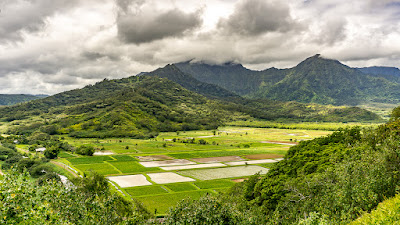 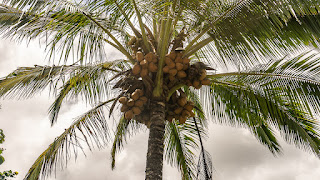 Once Larry snagged a combat parking spot nearby, we got in a BBQ lunch in the midst of the crowds which clogged the Ching Young Village Shopping Center.  Then, some time was spent perusing the tourist/artsy wares of the shops. 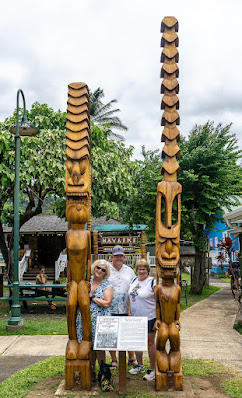 Then it was Tiki Time... 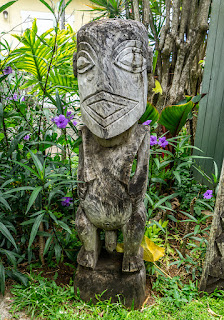 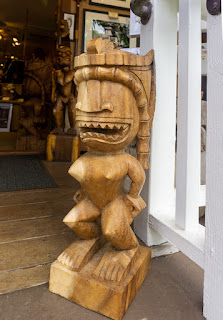 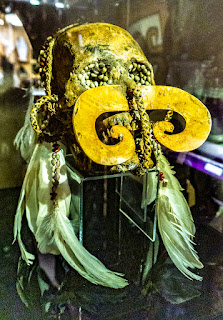 A bit morbid for me but then again,
not my culture.... 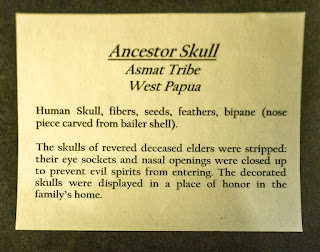 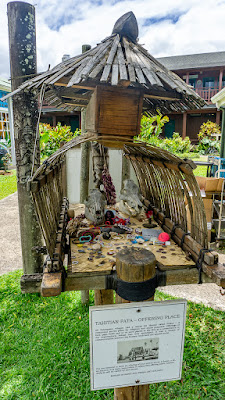 A Tahitian Fata - Offering Place
Though parking for the above pictures wasn't too bad, we shifted to a different spot to access Hanalei/Black Pot Beach and the pier which has been featured in several films.  The angry combat parking, crowds and ass wipe behavior at this spot was the tipping point for me and the rest of the outing was ruined.  Ironically, there was better parking just a bit further from the spot from hell, so a recce by google maps satellite view might have saved the day.  Oh well.
Still, while my pics were crap, Martha saved the day with this pic of the pier. 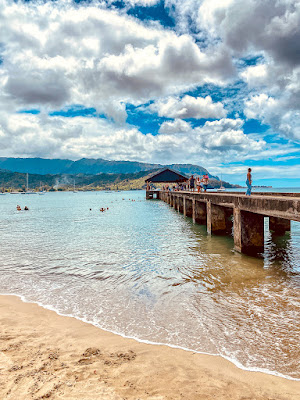 photo courtesy of Martha
Crowded conditions at water level on the beach precluded much of my picture efforts:

I soon gave up and headed back through the burning sands back to the car, Martha was smarter and returned via the frontage road.  We got in the car and left this overcrowded area, me having been reminded why I like boondocking so much.
The North Shore of Kauai is way more crowded in the resort/tourist areas than the South Shore.  Something to keep in mind if you plan a trip to this island.
On the way back to the resort, we stopped for a quick look at the Kilauea Lighthouse.  Though the venue was closed, you can get quite adequate views of the lighthouse from the small parking area near the gate.
This lighthouse, back in the day, used to be the first sign of land for the ships and later planes that sought the Hawaiian Islands.  Back when it was built, no access land routes of course, so ships had to bring the building materials and they were then hauled up the cliff by a crane erected on site.  Quite the travail I am sure. 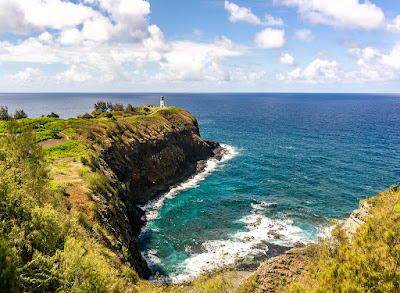 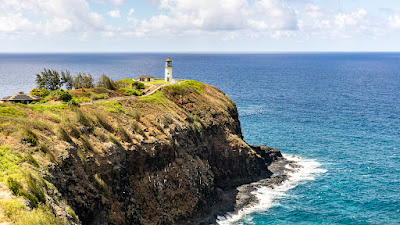 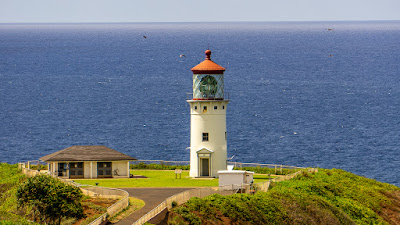 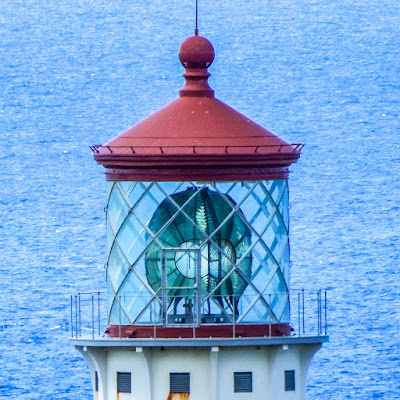 Just a historic landmark now, I don't believe its a functional lighthouse anymore.  Can you imagine the stress levels experienced by the guys hauling this big lens up the side of the cliff?  All the way from Paris, France it came....fortunately without issues.
Here's a pic of the crew which was stuck with me while I entertained homicidal thoughts against the ass wipes we encountered. 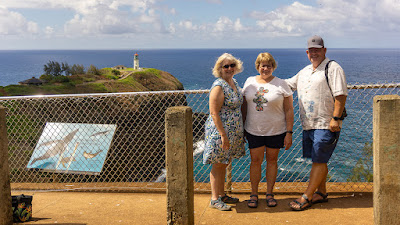 Back in the villa, a few shots of Maker's Mark Bourbon later, all was well again.  North Shore is a never again for me.
Posted by redlegsrides at 1:24 PM

Chillax, dear Dom. I know crowds is not your thing (and mine neither...) Try to enjoy the gorgeous scenery and the lovely company and don't let a$$wipes spoil a gorgeous time, and yes, a good drop of booze might help with that. ;-)

SonjaM, once past the tipping point, swift withdrawal and numerous drops of booze are required.

So, are you on the love poi or hate it?

Crowds and limited parking does seem to bring out bad attitudes from people. Especially if it’s crowded and on everyone’s “list”.

I have a similar tolerance for crowds. Can only do so much. I believe some of our Oregon coast lighthouses have the same type of lens.

I wouldn't be surprised the lenses are similar Bluekat....can't imagine there were many sources for such high quality lenses back in the day.