A Seal, Turtles and Pie

A pretty lazy morning here on the south side of Kauai....

I woke at 4AM and got to Shipwreck Cove way too early for what turned out to be an occluded sunrise: 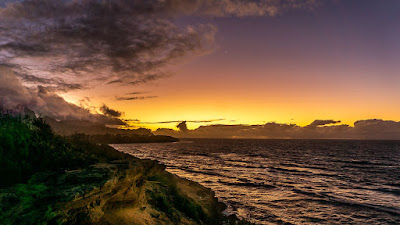 While Jane and Larry attended a sales presentation by Marriott, Martha and I walked over to the beach to see if any of the local sea wildlife had shown up.

It turns out you see, that Poipu Beach, where we're at, is a favored location for both seals and sea turtles to come out of the water and sleep in the warm sands. 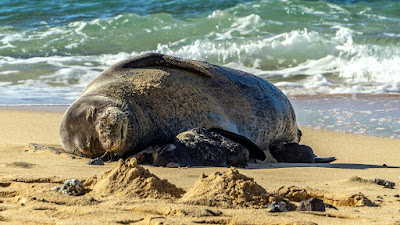 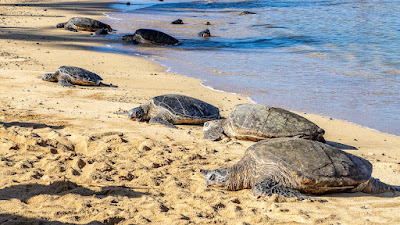 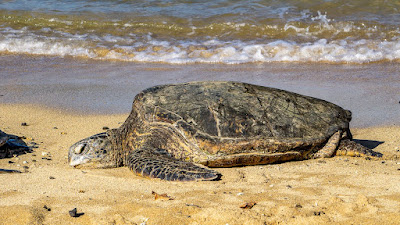 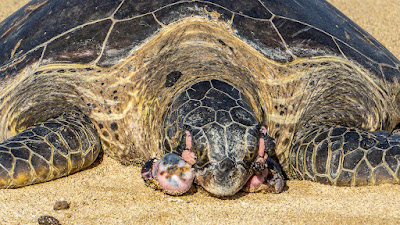 Not sure what's going on here, some kind of growths... 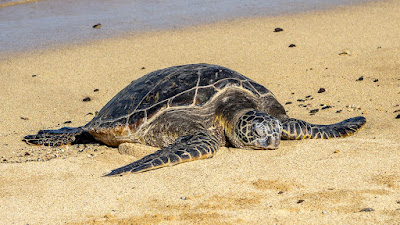 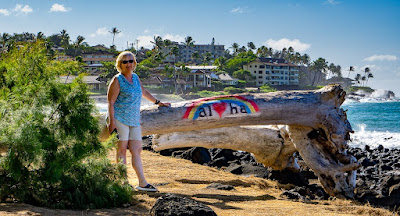 While the surf conditions had become less dangerous, it was still quite the display of waves out from the beach.

One older gentleman though, was showing the young punks how it was done:

Here's a couple more pics of "wildlife" seen on or near our villa's balcony area. 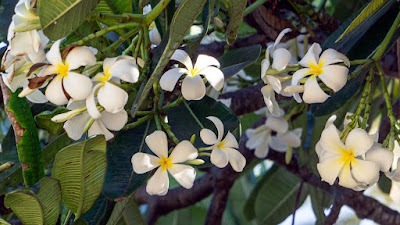 Plumeria Flowers, used in the creation of Lei's. 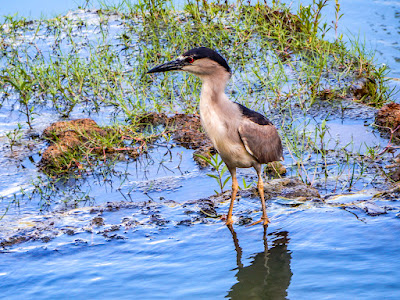 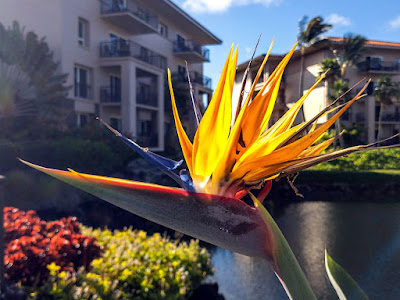 In the afternoon, we headed over to a local Farmer's Market for pie.  Jane and Larry had previously found and loved the pie offerings by RightSlice.com and raved about their pie.  So of course, we had to see for ourselves. 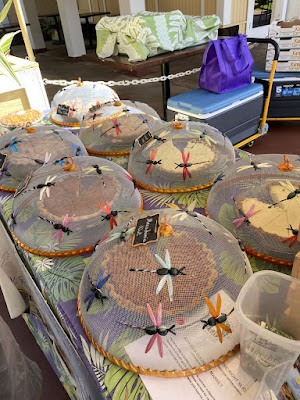 I had a slice of the Lilikoi (Passion Fruit) Cheesecake.  It was so tasty that I didn't even waste the few seconds to take a picture of it!  It's even better than the best Key Lime Pie!
Everyone enjoyed their own selection, no wonder this bakery is rated number one in the islands!  We saved a slice of the Chocolate Coconut Macaroon and one of Blueberry Piña Colada for later consumption.
Dinner back at the villa was steak and red wine.  Enough wine that I'm not going to go out and catch the sunset tonight.  Tomorrow, the Nā Pali coast boat tour!
Posted by redlegsrides at 11:14 PM

The sunrise photo still looks good with nice color. Even with the clouds. It looks like a nice, relaxing day and the pie flavors sound delicious.

Thank you RichardM! The pies were delicious, and worth the price asked

Another great set of photos. The Bird of Paradise shot is outstanding, very sharp.

I’m glad I looked back a post to see the flowers, pie, and sunrise. And the locals. I hope you are enjoying yourself.

Having a great time Bridget, it's not very crowded at all.