We woke to overcast skies that would end up clearing as we headed eastward towards Brainerd, MN.

The "wildlife" of Fort Abraham Lincoln State Park strolled by the VRRV as we ate breakfast: 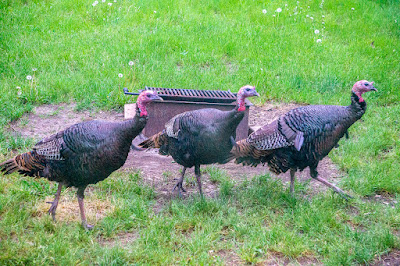 We left by 8 AM and were set up by 3:30PM at the new campsite within the Corps of Engineers (COE) Campground at Gull Lake.

We've left North Dakota behind, don't foresee visiting it anytime soon again.  I liked the state's low population but there also wasn't much in the way of dramatic scenery I guess.

One last ND sight though, we stopped in Jamestown, ND to check out the world's largest Buffalo.  It's seen better days and we didn't have the sun at a good angle to "Dakota Thunder", the name of the buffalo. 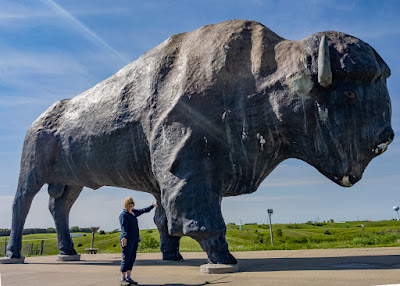 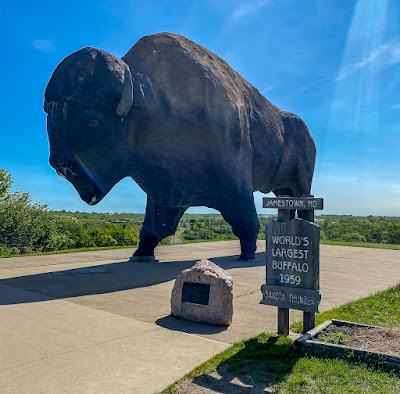 We're in Minnesota now, and the state bird: the mosquito, greeted us in force as we set up camp.  Out came the bug spray and mosquito electric rackets....sigh.

The campground is quite small, which in a way is fitting since it is next to the smallest dam we've encountered under COE management: 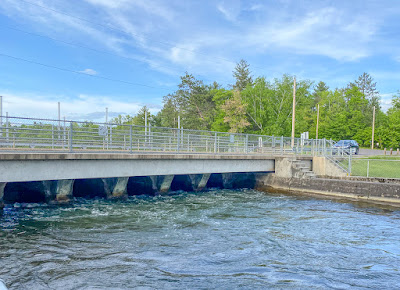 yes, that's a dam....we thought it was just a small bridge
martha pic 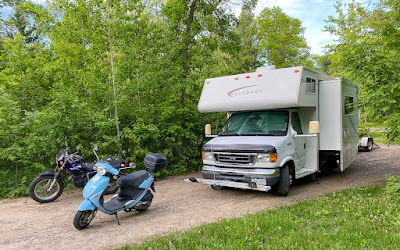 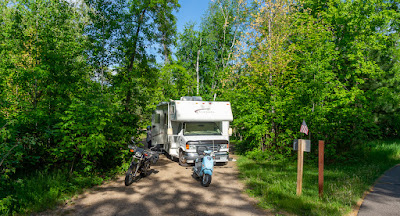 Lots of trees to go along with all the water in the state's lakes....claimed to be 10,000 lakes but who knows.  The trees make the sites pretty secluded, which I liked of course.
It didn't take long for us to do a recce of the campground, and we ended up at the local watering hole called Ernie's. 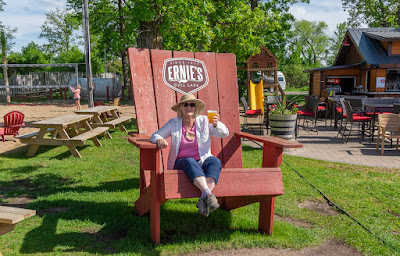 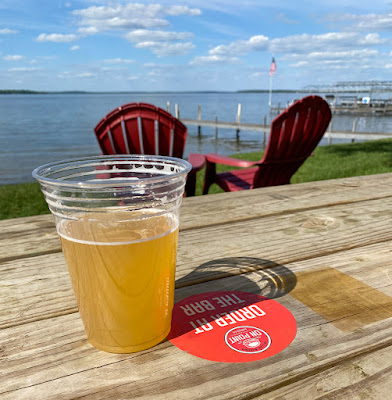 More exploration tomorrow of nearby resort towns and such, perhaps a visit to a statue of Paul Bunyan in Brainerd, MN.
Posted by redlegsrides at 7:12 PM

It looks like a nice CoE park even though it has the smallest dam. Though the mosquitoes don’t sound too fun…

It's nice RichardM, guess I was expecting something larger, similar to the ones we camped at last summer.