Not a major surprise really, I had presented with mild flu symptoms on Tuesday after having close physical contact with my FIL on Sunday; he is presently in the hospital with Covid-19 and other issues.

We had an ambulance take my FIL to the hospital, no way I could help him/carry him down the porch steps to the car! 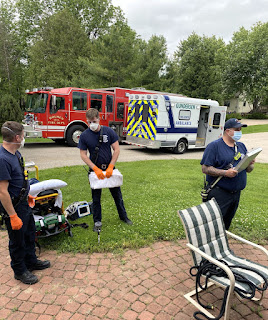 The EMTs got here quick on Sunday... 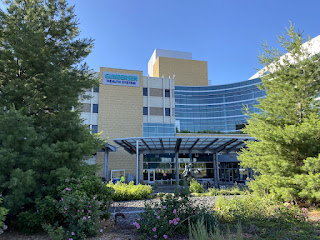 While Martha continued to visit her dad at the hospital, I had remained in my FIL's home, isolating as a presumptive positive for Covid.  Well, no more presumptiveness! 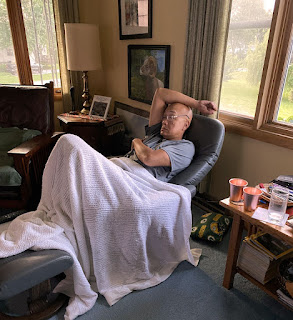 My symptoms, started with the same as you get with the Flu: chills, sore throat, coughing, but no fever though I felt warmer than usual.  I thought, since the symptoms were like a mild flu, I could just ride them out.  However, the pain caused by swallowing or during coughing were worse and constant through last night so Martha carted me off to Urgent Care in Onalaska, WI. 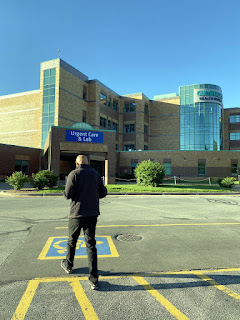 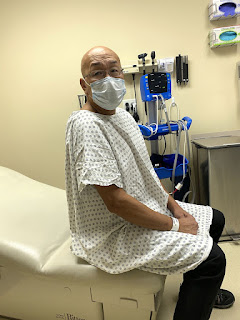 Learned today that the Veteran's Administration (VA), whose healthcare coverage I'm under, partners with preferred medical providers such as the Gundersen Healthcare System.  Coincidentally, the same system in which my FIL is currently undergoing physical rehab prior to returning home sometime next week.

The process took only 90 minutes from presenting my VA ID Card, to walking out of there with a prescription for Paxlovid, an antiviral cocktail of three pills, taken in the morning and evening for the next five days.  It apparently provides an attenuation of the virus' symptoms, prevents it from replicating any further, and has a 90% success rate for preventing the need for hospitalization.

The doctor mentioned too, had I not had my two vaccines and one booster shot from the VA previously, I would have probably needed to be hospitalized!

Martha continues to test negative using home Covid-19 tests and will be having a more reliable test done tomorrow.   She had the second booster shot, which I believe matters.

So, definitely more isolation to be done, and then once I'm well enough, we'll drive the VRRV back to Colorado.  I'm not sure we'll be staying to the end of the month as we'd planned beforehand.

Note: all photos by Martha.

Posted by redlegsrides at 10:09 AM

Oh, man that sucks! Wishing you and the FIL speedy recovery. Glad you got your shots. Sounds like it could have been much worse. All the best and keep fingers crossed that it bypasses Martha.

Well thank God Martha is healthy and can take care of you two guys...
Hope you get better soon.

Sorry to hear that it hit your father-in-law, someone in a much more vulnerable state...and you too. I/we were all hopeful that you were successfully keeping it at bay, that negative test you had a viable one. A good thing you two were back in the Midwest for dad.

We'll miss our lunch this time, disappointed about that. Was anxious for you and Ben to meet, you'll get along well when that does happen.

All of you heal, feel better, smooth transition to what's next for Martha's dad and safe travels home.

Sorry to hear that you've been invaded by the virus. You're the last one I would have thought that would happen to given your leanings toward isolation and wilderness. I'm glad you've been vaccinated and could access antivirals. Hopefully you'll be good as new soon. Or at least as good as new as old guys like us can get.

Thank you all for your well wishes!

SonjaM, we'll find out tomorrow about Martha, she took another long test today and it was negative again.

Coop, yeah I would have liked to meet your kid and talk about the army if he wanted to, Martha served at Campbell went on active duty as an army nurse. We'll see what next week brings but it's not looking good so far.

Steve, you see what happens when I come out of the wilderness?

I guess you need to stay in the wilderness. I hope all recover. Some RV trip, eh?

You're quite correct RichardM, but we'll get through all this.