I'm over the 'Rona - a Lunch with Coop in Trempealeau

I'm happy to report that both my FIL and I managed to survive the COVID-19 virus infections we got recently.

I've still got a nagging cough but it's getting better.  My FIL is home from the hospital as of three days ago and he is moving about slowly but surely. 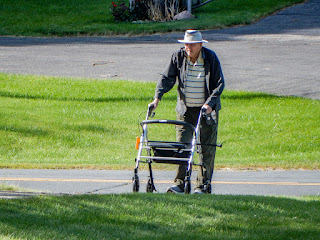 He's actually just using a cane most of the time to walk, the above was him using the walker to go down his long driveway to fetch the mail.
Now that I'm out of Covid Jail, per Martha, we drove to the nearby town of Trempealeau to meet with Coopdway from Coop's Corner and his son Ben. 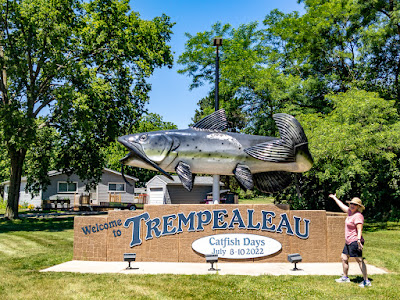 Coop, or Doug, a fellow motoblogger and rider drove down from Redwing with his son Ben to meet us at the River Cafe.  Ben is a Sergeant First Class in the US Army, Infantry, fresh out of a duty tour as a Drill Sergeant at Fort Benning and now headed towards Fort Campbell, KY to join the 101st Airborne (Air Assault) Division.
Ben came across as a very impressive, well spoken, motivated, professional NCO to both Martha and I.  Coop, you and Peg should be very proud of this young man.  Any unit would be lucky to have him! 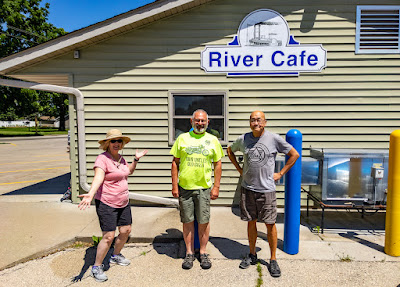 Yep, I still live...
After lunch, Martha and I decided to check out the nearby Lock and Dam #6, built by the Corps of Engineers on the great Mississippi River to control water levels and permit the passages of tow barges and other water traffic.
Before we got there though, we spotted this treehouse: 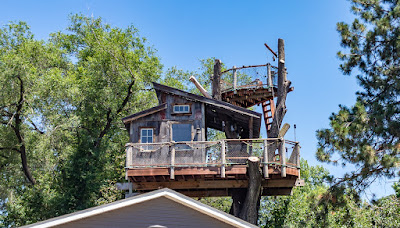 Now that, is a treehouse!
more info here: LINK
Martha and I both though it was really cool, something to think about later on perhaps when we get some land, maybe.
On to #6 Dam and Lock: A nice map of the Minnesota - Saint Louis portion of the Mississippi Rive. 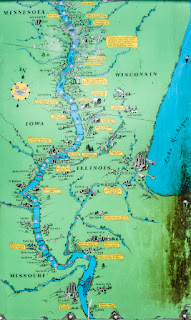 Here's a closeup of the area we're in.  Redwing, where Coop lives is in the top left corner and we're near LaCrosse, which just due south of Trempealeau. 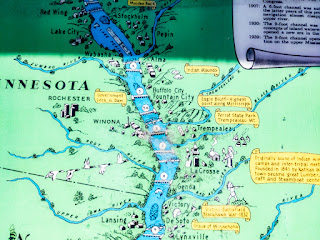 Some facts and figures, nicely presented I thought: 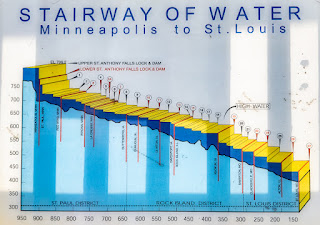 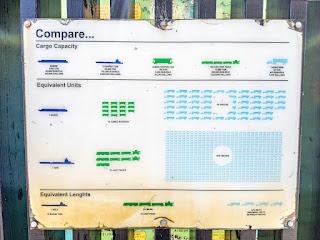 Posted by redlegsrides at 2:52 PM

So does that mean you are not sticking around for the July Catfish Days in Trempealou?

Glad to hear you are both recovering and continuing on with life's journey.

Nice to be well again, or mostly well. And nice that you got to meet Coop. We really enjoyed the couple of times we got to meet him.

Thanks CCjon, alas, no....we will not be attending Cat Fish Days...we start heading back West this Sunday.

Coop is a great guide for the local area and beyond RichardM....I'm very glad I recuperated fast enough to meet for lunch.

It was great to share time and lunch with you two, a treat for us both! Even with your compromised voice, we were able to get through a lot. So glad that you guys and dad are improving and can All enjoy Wisconsin while you're there. I fully expected that the next time we'd meet that it would be me in CO...the high desert at least. Now it's really up to me to get West.

Safe travels home and thanks much for the very kind words Dom, it truly was our pleasure.

Coop, you guys were just what I needed to spend time with after the last few days of getting over the virus....again, sorry for the coughing episodes.

I worried there for a bit that we were going too "army" while talking to Ben, glad you got something out of it as well. He's a most impressive young Senior NCO, you and Peg did well in raising him.

Glad to hear that the FIL and you are out of the woods C-wise, Dom. How lovely, you guys could meet. Always nice to meet likeminded people. Wishing you a safe trip home.

Danke SonjaM, we leave Sunday headed west and checking out a couple more campsites along the way.