Two-Wheeling across the Dakotas: Day 2 The Badlands of South Dakota

Spent about three hours making our way to the Badlands National Park using county and BIA (Bureau of Indian Affairs) roads.  We were trying to avoid the traffic in the normal route, which passes near Custer, SD and also the Mount Rushmore area.

We got to the visitor center, the roads near which were being paved, which added some wait times in terms of traffic.  We got the scooter and Tdub off the trailer and went exploring the Badlands Loop.

The light, it being close to noon, was terribly flattening on the rock formations.... 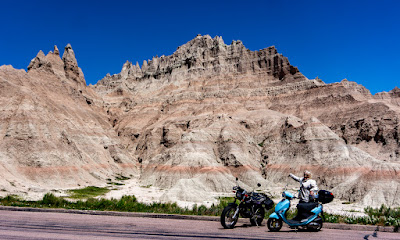 These Bighorn Sheep caused traffic congestion as
cagers would stop on the road, blocking the lanes,
to get pictures of them 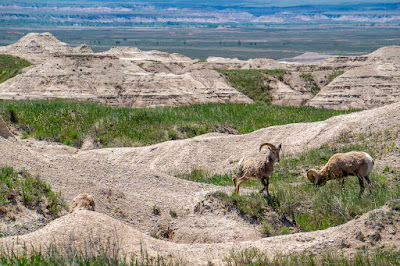 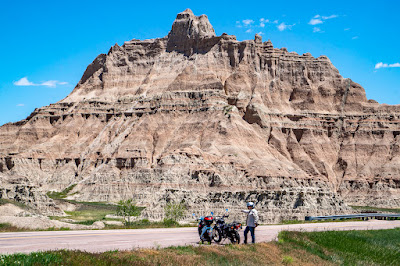 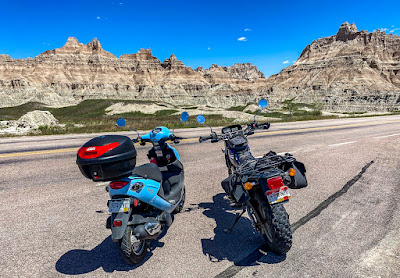 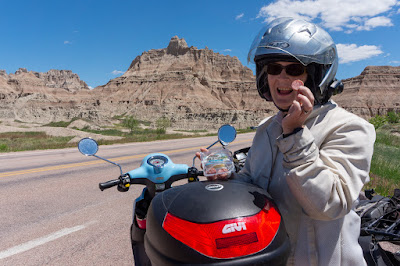 The self-described "Bad Ass in the Badlands"
eating her Charcuterie
We didn't ride the whole loop since the light was so flat, instead we returned to the VRRV, loaded up the trailer and headed to the other end of the loop to set up camp.
There were a lot more RVs and campers than the last time we were here!  Still, we found a pretty good spot: 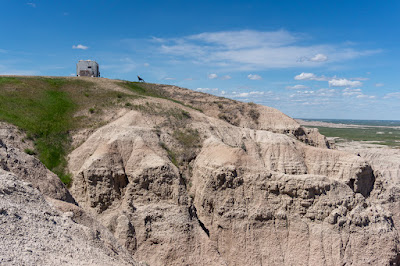 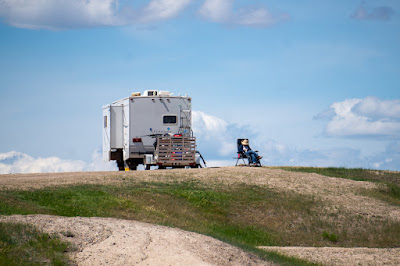 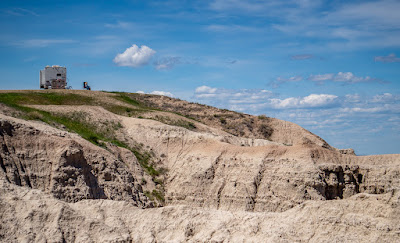 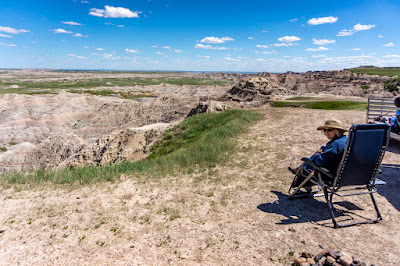 As evening came, we once more went riding.  First we tried to sneak into the park but the ranger was still on duty and since we were on separate vehicles, my interagency pass was only good for me, not for Martha.
Instead, we went a few miles and walked around the knick-knack tourist trap that is Wall Drugstore.  We didn't really take a lot of pics, it was a bit too chintzy this second time around. 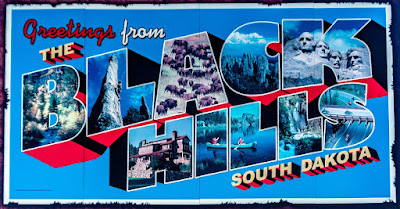 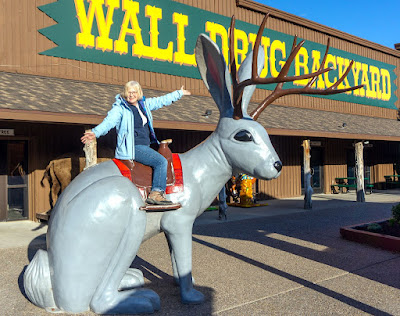 After leaving Wall Drugstore, we tried once again and managed to sneak into the park this time.  We went to the Pinnacle Point Overlook and waited a few minutes for the meager golden hour's sunlight to do its thing: 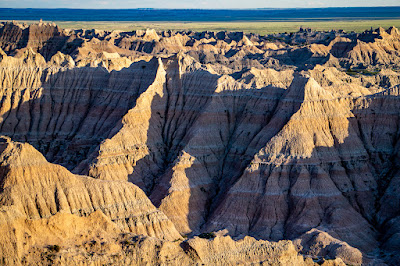 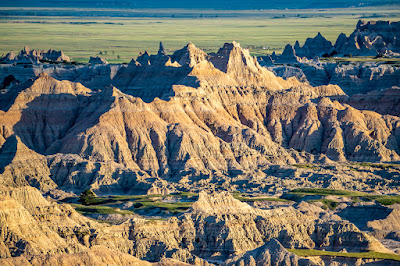 It was getting a bit chilly at this point so we returned to the VRRV and Martha cooked dinner while I loaded up the scooter and the Tdub back onto the trailer.
As I ate dinner, Martha was motivated to go capture the sunset: 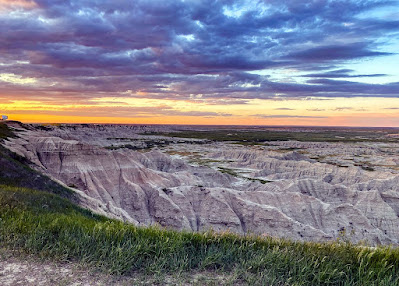 Nice pictures! I’ve never been to Badlands NP. And, it looks like you have a great site on the rim.

The site we're at is pretty good, I shot to crop out the sight of the many RVs and vans strung alongside the cliff edge....will post pics of that next time

Reminds me of the Alberta badlands. The second to last one I my absolute favourite. Have fun, you two!

Great photos (again)! I rode in the SD area years ago, but did not make it to the Badlands. I need to go back up there and make sure I spend some time in the Badlands.

Danke SonjaM, I informed Martha of your choice.

Thanks Oz, The Badlands were more impressive the first time around so I'm thinking it's one of those one and done kind of sceneries.