A Ride to Crystal Cave, a little bit of Hiking back at camp...

Yes folks, Martha is back in the saddle again! 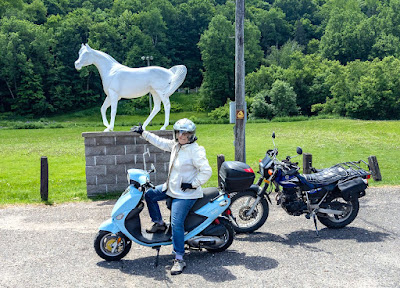 She was a bit "jitterish", her own words, but she did just fine.  We rode the 9 miles or so to the Crystal Cave tourist attraction; it's apparently Wisconsin's Longest Cave.  (Less than 1/3 of its mile long length is open to the public).
The "personalized" tour fee is about $21/person and both Martha and I agreed that yes, A for effort but really can be skipped if pressed for time.  The topside facilities are quite lavish, and include a "pan for gold" attraction and a putt putt golf course with a Dinosaur motif.
Some of the stuff that caught my eye, all of it pretty small scale, it's apparently a pretty young cave system.  (Less than 2 million years old I think). 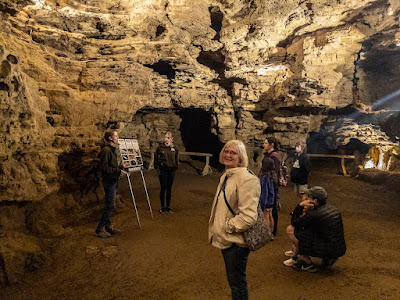 The tour did include lots of information, I guess to
make up for the lack of large crystal formations? 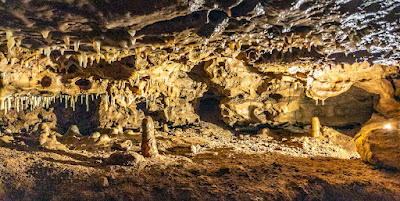 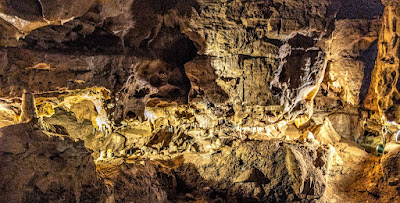 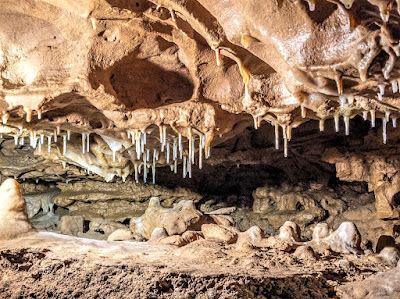 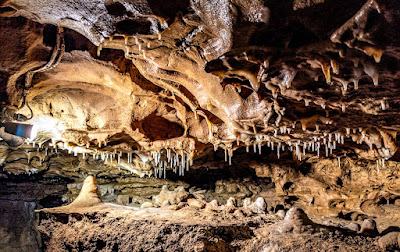 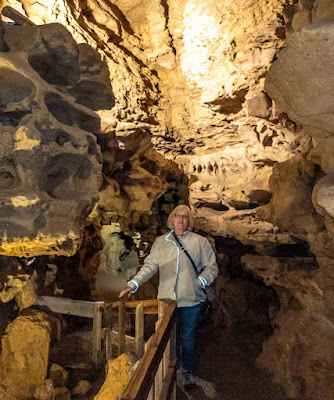 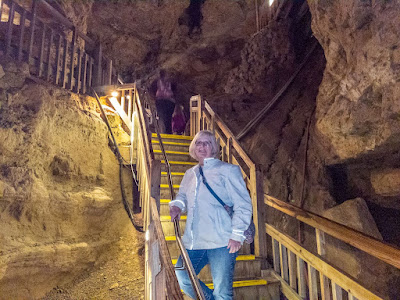 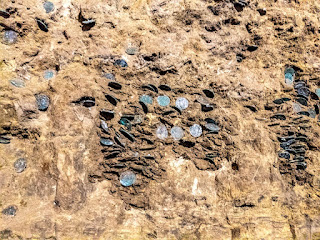 Back in the beginning of the tour operation, they used to let folks put coins in the "Wishing Room" portion of the cave.  If you could get your coin to stick, then you would get good luck.  Then they realized the coins were contaminating things and rusting in some cases; and no more wishing with coins.
After the tour, we stopped at a Cheese Factory on the way back to the campground: 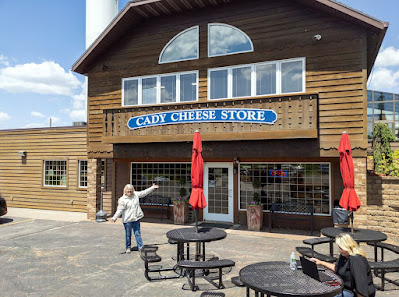 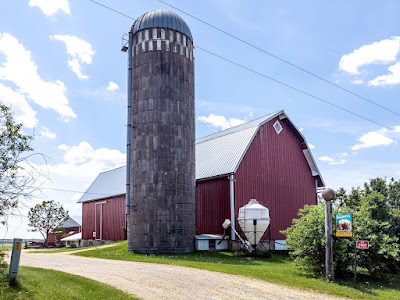 The farm above specializes in Guernsey Cows
After lunch and a little rest, I went on a short hike while Martha stayed in camp to read and relax after the morning's riding.
I followed the trail called Ox Trail, which eventually leads one down the ridge and towards the Northwest Day Use area of the Highland Ridge Recreational Area.  There's not a lot there but there's places for picnics, launching one's small boat and horse riding trails. 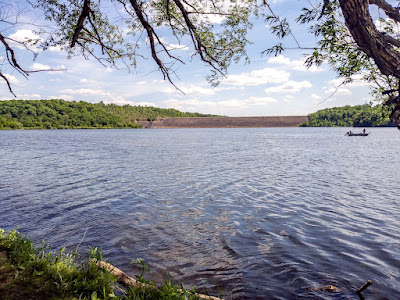 At the end of the trail, you can see the dam which
created the Highland Ridge Reservoir 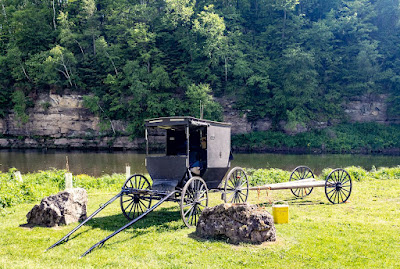 Yep, an authentic Amish Carriage, pulling a trailer
for their small boat. 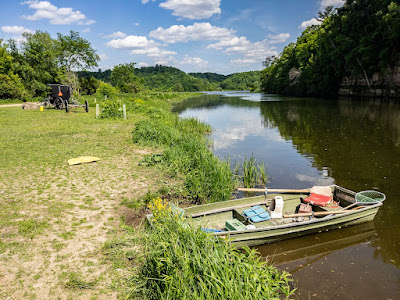 The Amish man and his young son were further on, behind the trees on the left past their carriage.  Their horse was tied up in the shade of trees on the other side of the road.
Near the Amish carriage, I could see a series of holes on the bottom...I could see small fish diving into and out of these holes, and wondered what caused them? 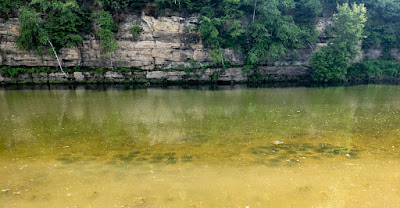 As I wandered about, I spotted this fellow crossing the road slowly.  He speeded up as I approached of course, moving along smartly and into the bushes. 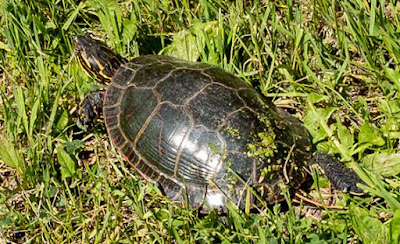 Quite a peaceful spot to gaze upon the water and perhaps have a snack? 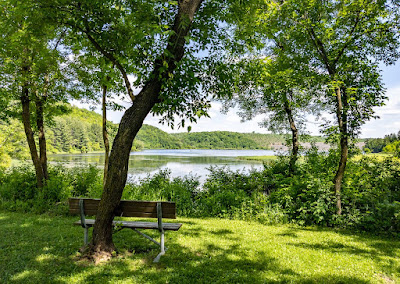 Finally, a mushroom I spotted near our campsite this morning: 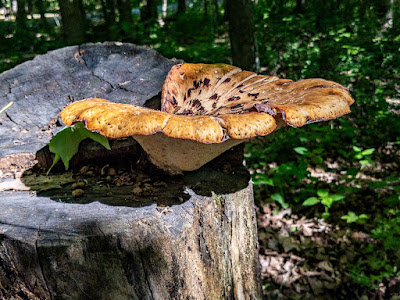 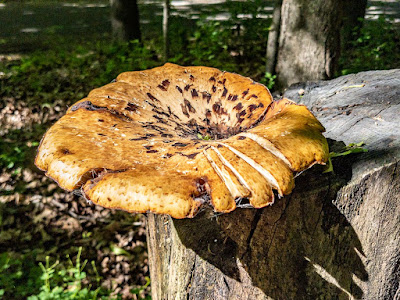 We'll be moving on in the morning, and staying with Martha's Dad for the rest of the month I think.

Posted by redlegsrides at 5:54 PM

The cave with the many stalactites look like the mouth of a dragon with sharp teeth.

Sadly, SonjaM, the stalactites shown were miniscule, less than a couple of inches, tops.

The cave looks really fun to explore. I've done a lava tube here in Oregon. It was dark and dreary and no stalactites.

Bluekat, I think you would have liked this tour then, though I still think the price is a bit high.