Ah, the sun is back along with mostly clear skies for the majority of the day!

Today I decided to explore the trail that leads towards the Skyline Traverse Trail on the NE corner of the Dragoon Mountains.

You basically follow Road 687, past the fences and gates put up by Dragoon Mountain Ranch (gated community), and then wind your way around in a south-easterly direction.  Its very rocky terrain and I was feeling pretty proud of the Sammy's handling of it but then started seeing cars and light trucks camping alongside the road.

These were cars and vans with normal clearances, doubt many of them even had 4WD!  Yet they somehow managed to make it to the campsites in question! 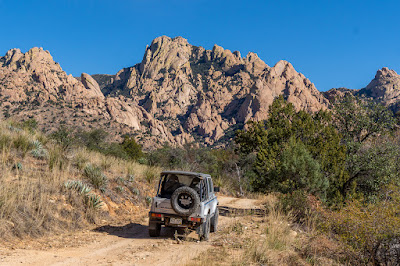 Not even three miles from the property line of the Dragoon Mountain Ranch, I came to a small turnaround point.  There were cars/vans/trucks all around it in the trees.  Not sure how some of the cars got there but they made it.
I turned around and retraced my route back: 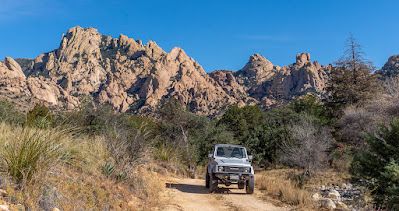 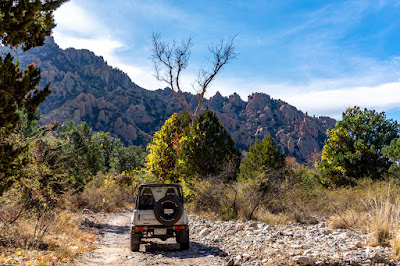 I spotted a side road and took it to gain a different angle on some rock formations: 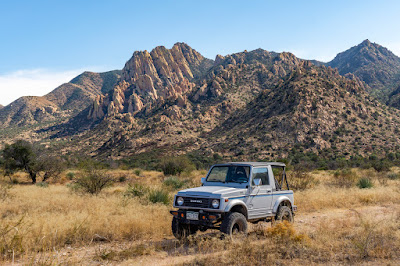 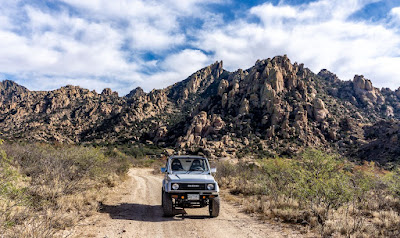 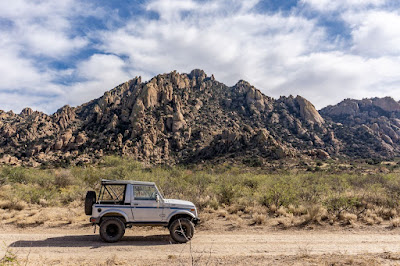 Once I was close to camp, I ran across these two gentlemen and this spiffy looking '73 Toyota Land Cruiser.  She's got twice the horsepower over the Sammy I was told, but the driver said he prefers to stay at 55 mph when on the highway.  Apparently she can manage 60-65 mph but the steering gets a little squirrely.
Nice rig eh? 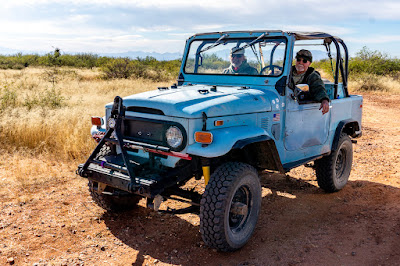 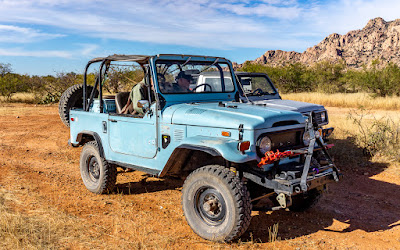 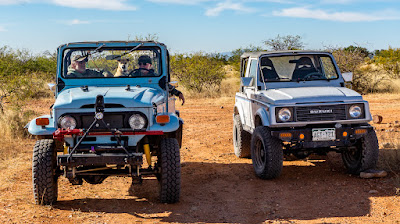 Have you ever noticed, how the top of the Sammy's seats looks like a burka wearing woman, in a bad mood?  ;)
I returned to camp, rested in the late afternoon sun for a bit, then caught the sunset before dinner preparations: 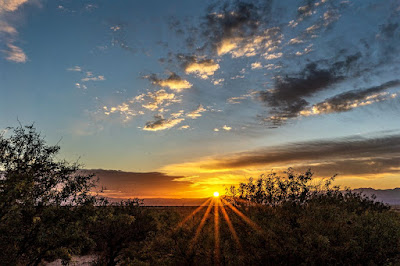 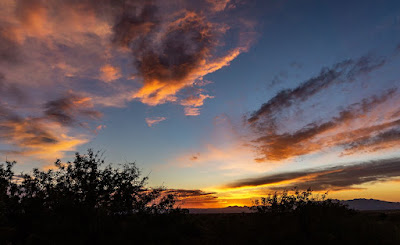 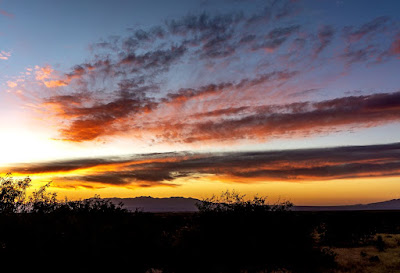 The area is getting pretty full as of today.  Lots of campers, tents and speeding ATVs making one wary of turning a corner on the road.  Had one close call with one of these idiots, but the fool managed to brake hard and swerve to avoid hitting me.

Yep, it's the weekenders.

I think I'll avoid them all tomorrow and head into Sierra Vista and Fort Huachuca to check out the museums there.

Posted by redlegsrides at 7:50 PM

The burka sisters seems to be watching you both coming and going...