T'Dubing to the Chiricahua National Monument

Long day, seemingly, in the saddle of my Yamaha TW200 Dual Sport.

The ride to the monument was only 34 miles but it felt longer.  Perhaps it was the cool wind chill factor as I motored along, perhaps its the narrow and hard stock seat, or perhaps I'm just getting old.  :)

Regardless, made it to the Chiricahua National Monument with no issues and spent a couple of hours wandering where there were roads, taking in the scenic road to Massai Point and back.  I must say, the area's rock formations are very striking and very cool to see.

After a while though, one becomes a bit overwhelmed by all the cool rock formations, and it all starts to blend together.  At least it was that way for me.  Still, a nice location to check out for sure.

I also checked out nearby dispersed campsites in the Coronado National Forest but the lack of cellular data signal (hell, any signal) and the smallness/tightness of the sites I saw precluded my ever using them in the future.

My first view of the first major formation of rocks as I motored in from the fee gate station, which wasn't manned. 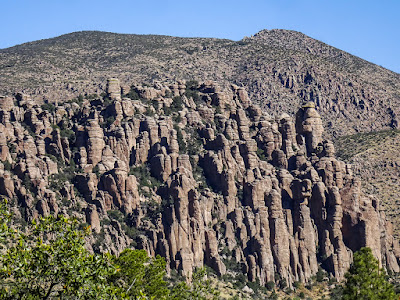 Organ Pipe formations, my favorite set of rock formations inside the monument 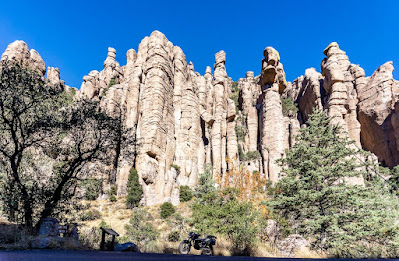 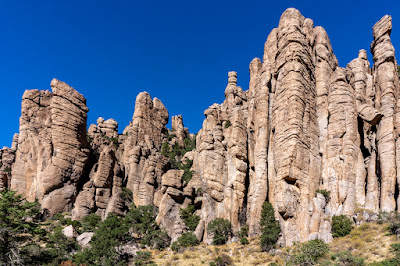 How are these cool rock formations created?  Here you go: 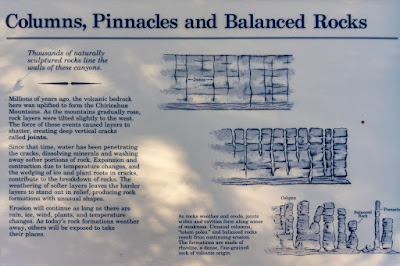 The scenic road is not very long, perhaps 6-8 miles, with the beginning and end chock full of rock formations.  The in between space is mostly just distant mountain views and heavily forested valleys.
Here's some of the stuff I saw both at Echo Canyon: 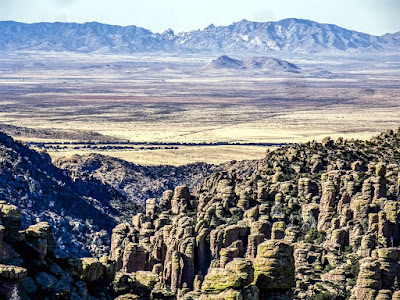 and a bit further on, at Massai Point: 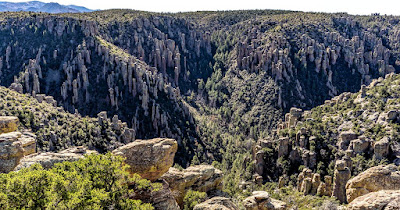 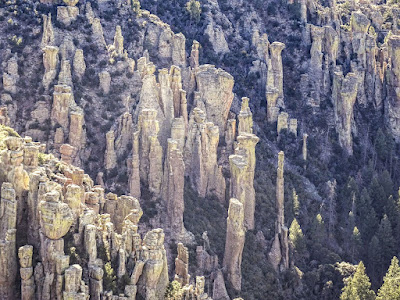 Note: I may have mixed the pics above as to their respective location, as I said, things started to blend after a while. 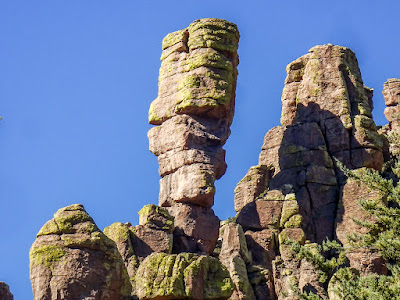 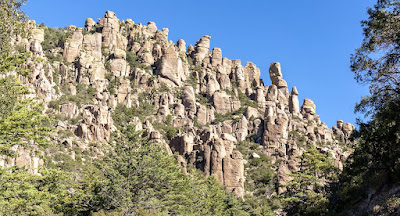 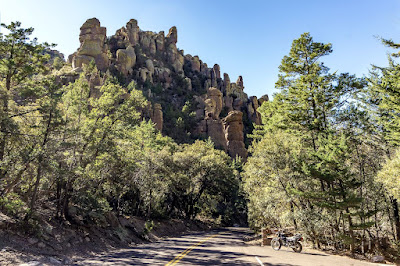 At the "Sea Captain" rock formation 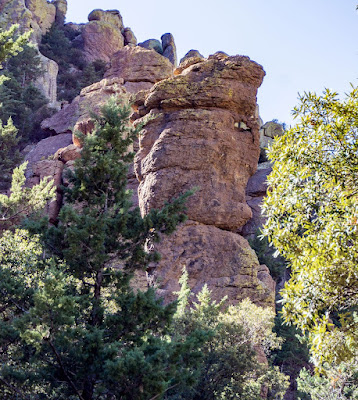 "Sea Captain"?  I don't see it.
I left the monument by noon I think, checked out the campsites briefly as mentioned then headed back the way I'd come; using Apache Pass Road.
Here's a view of Dos Cabezas, now a congressionally designated Wilderness.  Dos Cabezas means Two Heads in Spanish, I think you can see why they chose this name. 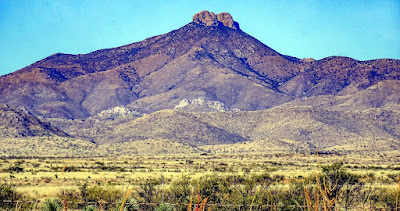 Apache Pass, is the route used by the Apache raiding parties to move towards Mexico and US settlements in between from the San Carlos Reservation where they were supposed to stay.  The US Army would end up setting up several forts, one of them being Fort Bowie, to try and interdict these raids.  They would end up trying for 24 years or so, the longest war waged by the US.
There's a Fort Bowie National Historic Site which I rode by, but there's not much remaining of the fort and I doubt I'll return for the short hike involved to get to them.
Posted by redlegsrides at 6:45 PM

Cool rock formations! Are they just in that area or have you run into them in other places?

Only in this area, RichardM.

Always wondered how those formations were made, thanks for the geology lesson.

Always happy to be a relay for knowledge CCjon.