After a late breakfast, I headed towards what I call "picnic rock" to see what kind of sights I could see in the midmorning light.

I didn't see anything up top that I'd not already captured yesterday.  However, from there I saw another small hill with a somewhat flat rocky outcropping.  It was close by so I slowly made my way back down to the picnic area and then walked over to the other set of rocks.

Smaller than "picnic rock", it still had some cool rocks strewn about.  One in particular, which I had to crawl through a narrow tunnel formed by two big boulders leaning against each other, had a very precarious looking base: 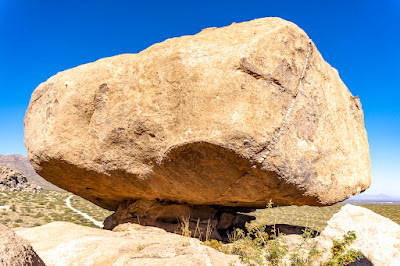 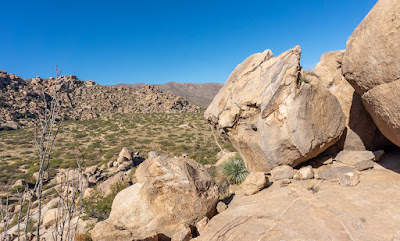 This rock kind of looks like a Pikachu Pokemon to me.
Here's a view of "picnic rock" from the nearby outcropping.  You can see the picnic area just beyond the small pit toilet building in the lower left hand corner:

You can see the steepness of the slope that I'd negotiated now twice to get to the top for pictures in this closer view: 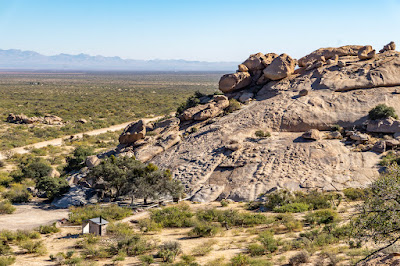 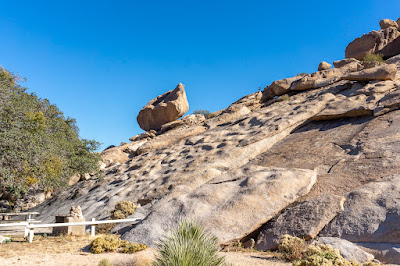 I then got back on Yagi and rode her to the entrance to the campground to give you this ground level view of the big balanced rock in the first picture.  It's the one in the center upper half of the picture below. 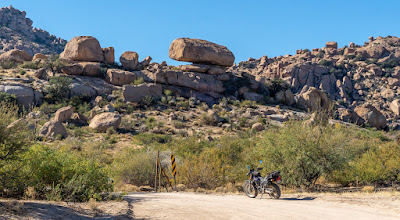 The rest of the day was spent near the VRRV, though I did do some more rock climbing nearby: 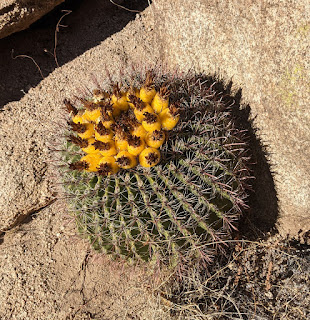 I didn't have my Sony camera with me, just my Pixel phone so here's the one set of rocks I liked.

Specifically, the rock that is seemingly balanced on not much of a base:

I couldn't get too close and besides, I figured I could always easily return to the spot below which is my access point to the top of the rocks above my campsite.  Once there, I can use my Sony HX80's marvelous zoom capability for a closer view of that rock.  Probably tomorrow. 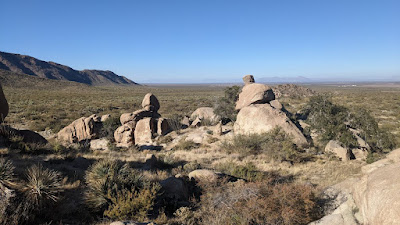 Not much else to report.  Less than 6 campers remain in the area, though one of the new ones decided to park somewhat close to my spot.  Oh well.
Posted by redlegsrides at 5:38 PM