I've been camping here before, at least twice that I can readily recall.

But of course, one can never fully get to know an area in such short periods of time.  Today, I gave it some more effort and time.  While the main objective of staying here this time around is the exploration of the Chiricahua National Monument, 34 miles away, there's quite of stuff to see here as well.

First though, we had a pretty good sunrise today: 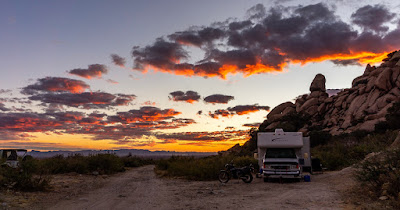 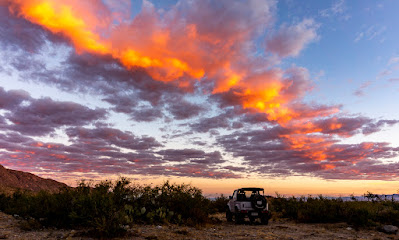 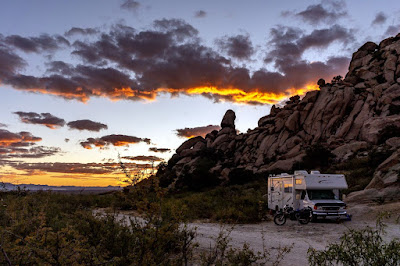 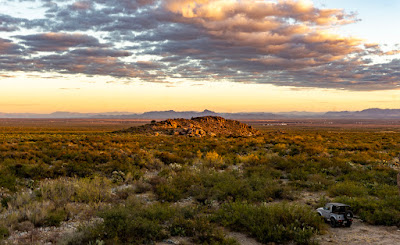 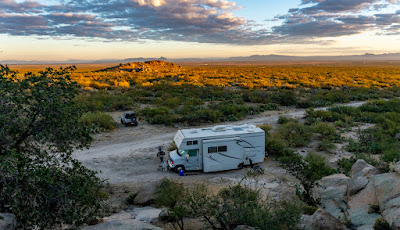 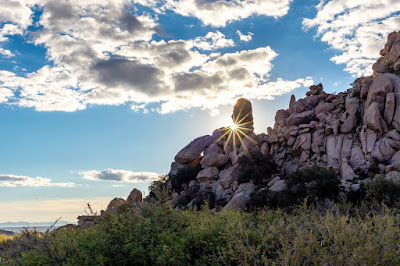 I'll be referring to the above picture later

I rode Yagi, the TW200 Dual Sport to do a thorough exploration of the trails in the recreation area.  I went down every side trail, mapping possible future campsites when applicable covering all the motorable trails I found. 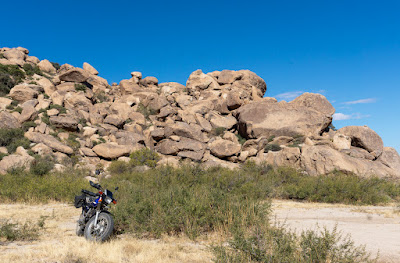 Then, I stopped by the picnic area near the entrance to the campground.  There was an information sign there I'd not seen before: 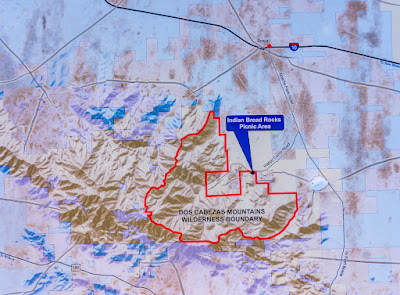 Dos Cabezas, by the way, means Two Heads in Spanish 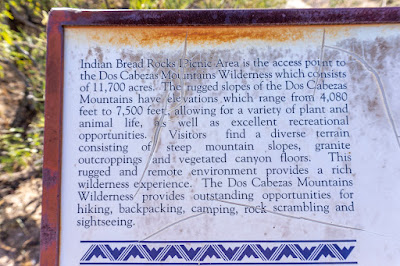 Next to the picnic table area, there's this large weird looking lumpy rock.  It's appearance and the small bronze plaque on its side caught my eye.  I wondered then, if this was the "Indian Bread" rock that gave this place its name.  That question remains unanswered. 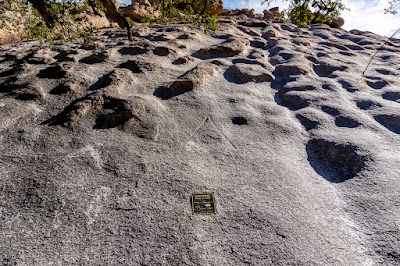 Can you see the Masonic symbol above the plaque above? 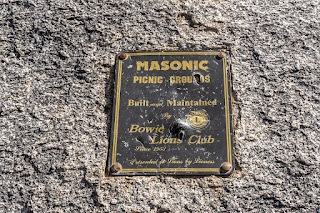 Near the plaque, there were what appeared to be petroglyphs.  I've my doubts as to their authenticity as there was no official mention of them anywhere I could find.  Most likely some fool's idea of a funny joke or something. 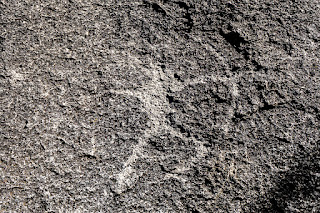 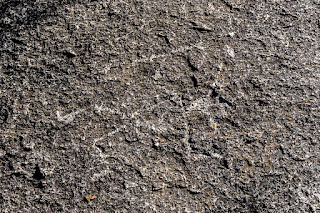 On the way back to the campsite, I took a picture of the back side of the "Maoi" rock: 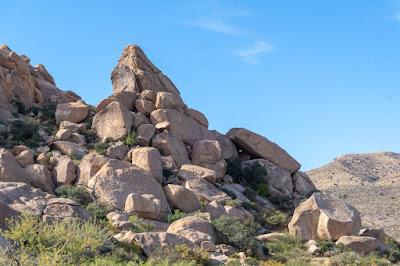 In the early afternoon, I did some walking and climbing where possible to get close to some of the precariously perched rocks that are visible from the VRRV. 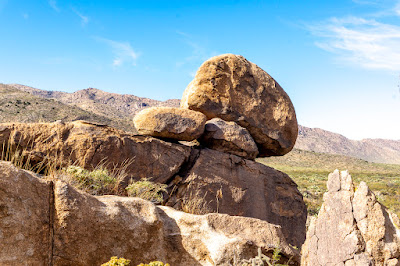 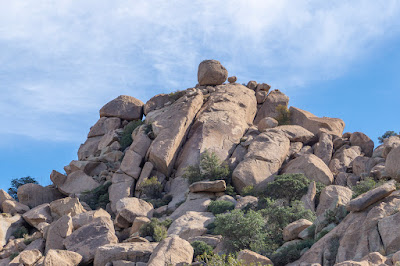 Now, for the word of the day: Pareidolia.
Pareidolia is the tendency for perception to impose a meaningful interpretation on a nebulous stimulus, usually visual, so that one sees an object, pattern, or meaning where there is none. Wikipedia
Here's one of the rock formations that inspired the word of the day for me: 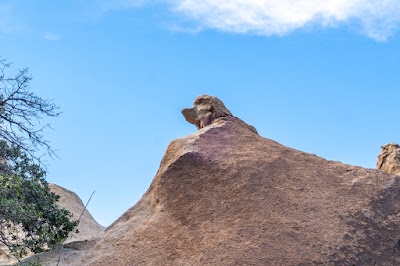 Now, remember I said I'd referenced the seventh picture from this morning?  Here's a closeup of the feature in question: 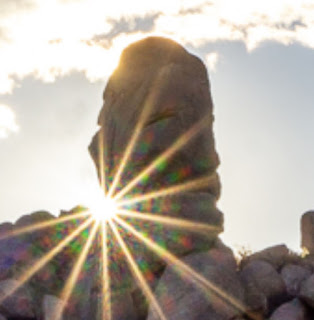 At that particular moment, I saw a face, the horizontal slot forming the right eye, a very small flat nose and what looked like a mustache above a closed mouth.  Do you?

Anyways, a very relaxed day overall.  Been doing some reading, some Youtube viewing on differing subjects and some podcast listening as well.

Posted by redlegsrides at 7:57 PM

Starting to see things that aren’t there. Maybe been out in the middle of nowhere for a bit too long… ;-)

RichardM, perhaps, but then I remember city life....

I just recommended this place to someone. I should return there myself someday soon.

Al, The place is getting quite popular.