Today I rode the Scarlett, My 2014 Ural Patrol sidecar rig over to the small town of Como. The town sits on the southern end of the Boreas Pass road, with the city of Breckenridge on the northern end.  The road, used to be the railbed for the rail line that ran from these towns.

I would not go much past the actual pass summit itself as the fall colors are not much in evidence on the northern third of the road.

I thought that by going on a Monday I would not have to deal with too many leaf peepers in their cars, I was wrong.

While I am sure that there were much more of them during the weekend; they were enough today that it was sometimes very hard to get a shot of the full color without a car being in the shot. 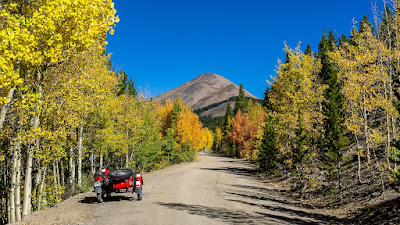 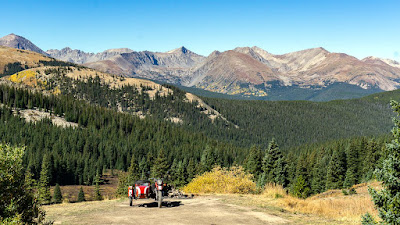 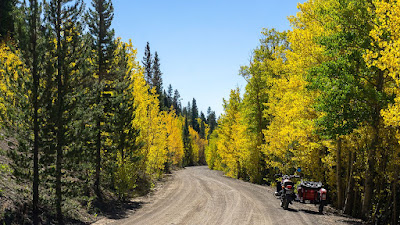 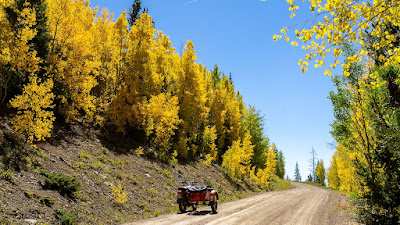 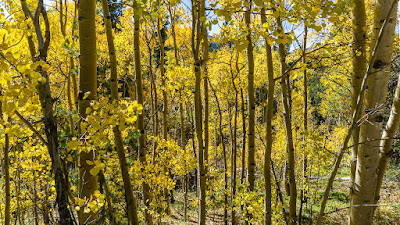 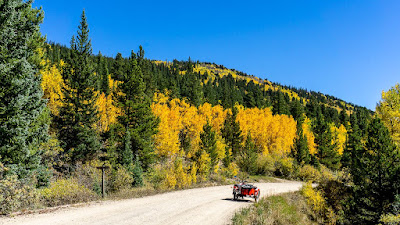 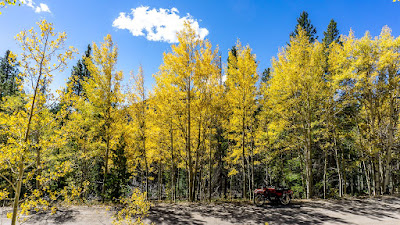 After I returned to the town of Como, I checked out the train station buildings and got the following "then and now" shots.  The B&W photos were on informational displays in town and at the station. 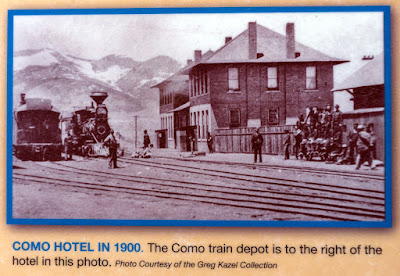 I thought too also take a picture of the railroad roundhouse building in town but the gates were locked.  This didn't stop some tourist dirt bags from California and Florida from sneaking under the gate to look around.  I left to go back to camp instead.

I got back by 2:00 p.m. and after a quick lunch decided to go out riding on Yagi, my TW200 and check out the Eastern side of the camping area.

I spotted only one campsite occupied as opposed to eight campsites on the western side along county road 39 which is the main access road for the dispersed camping sites. 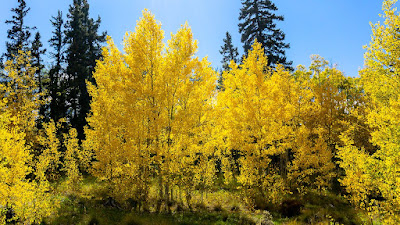 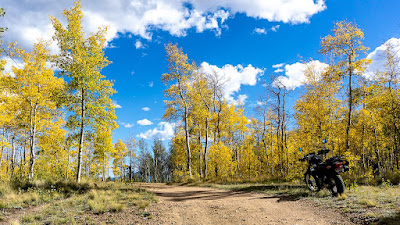 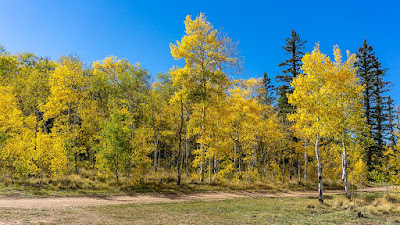 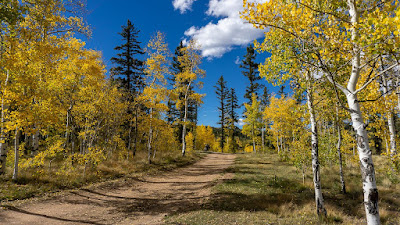 The clouds moved in as evening approached, which cooled things down enough that I just returned to camp.
Tonight's post-sunset light show "didn't suck" 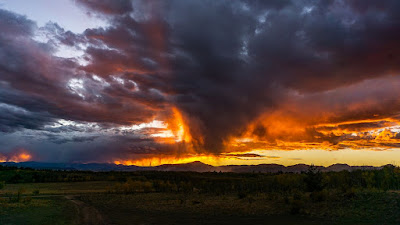 Posted by redlegsrides at 7:58 PM

Your photos make me want to pack up and ride up to the Rockies. The colors are great and will only get better soon. That looks like such an enjoyable road.

Just be prepared for crowds, Oz...

All the yellow leaves are fine but I really like the colors in the northeast. Reds really make difference!

Great set of fall photos, thanks for sharing. You know more of us outsiders will be heading your way based on what you are showing here. Better tell folks these are recent photos you took in Utah, or North Dakota... Anywhere but Colorado. LOL

I agree RichardM, not much red up here though in the Stoner State.

If tourist attractions were based on my readership, CCjon, the state would be as uncrowded as when I first moved here in the late 90's.....

Marvelous! It can't get better than this, Dom. Now I am really missing the Wild West.