As part of the testing I'm doing since putting in the Bar's Head Gasket Sealant, I drove the Sammy for about 4 hours with several stops in between to take pictures.

I drove to the Rocky Mountain Arsenal NWR which is located in the right center of the cesspool that is the Metro Denver area.

The buffalo/bison weren't real close to the Wildlife Trail; which is a scenic auto route that loops through the NWR.  So out came the Sony HX-80 with its zoom abilities.

Still, the weather was very nice and warm.  I think we would get up to 63°F today, it sure felt nice. 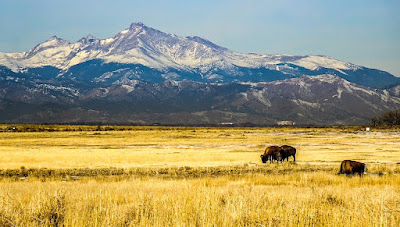 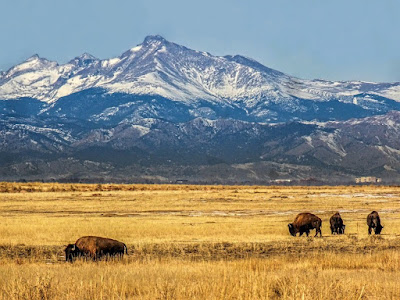 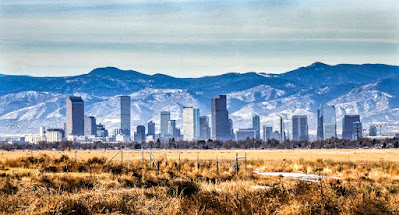 If you look west from the refuge, the cesspool's
downtown skyline is quite evident

Yes, quite a bit of post-processing required due to the very flat light this morning while I was at the NWR.  (Gotta love the dehaze function!)

No pics of the Sammy.  Sorry.  I am happy to report though that she doesn't seem to be loosing coolant anymore.  Hopefully this will last a long while until I "gird my loins" and undertake the job of replacing the head gasket myself or sell the Sammy.
Update, January 13: Coolant still being pushed out onto the reservoir bottle and thence onto the secondary catch bottle I rigged.  Combustion gases still leaking into the cooling system you see.  Oh well, at least the Sammy is not spewing coolant while driving along.  A head gasket replacement is in my future, hopefully not too soon.
Posted by redlegsrides at 4:11 PM

Not losing coolant. A step in the right direction…

I may have spoken too soon RichardM, got the kit to test for combustion gases in cooling system today, will test tomorrow. Found some coolant had almost filled the reservoir and some more in the bottle I rigged up for overflow. So didn't lose the coolant but it's still being pressured out.