Boondocking in the Pike NF: Day 4 - A Ride to Chair Rock

Rich led me through exploring FR 32x, with many rutted sections testing my confidence and abilities!  Still, it wasn't too technical and I didn't drop the motorcycle once during this ride.

At the junction with FR32y, we took a side trail that eventually (after more rutted, steep and winding turns led us to Chair Rock.

Here's a zoomed in view of Chair Rock from the top of Falcon Rock, which is apparently the name of the rock formation next to the Revival's campsites. 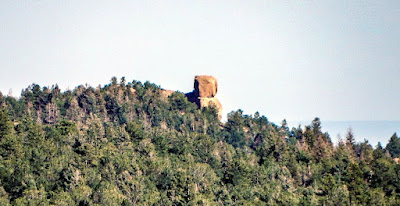 We parked our motorcycles near the base of the above rock and some minor climbing later: 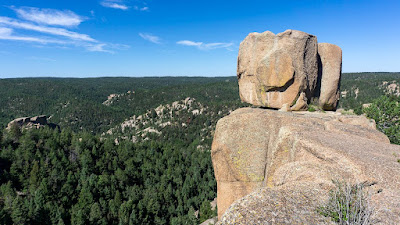 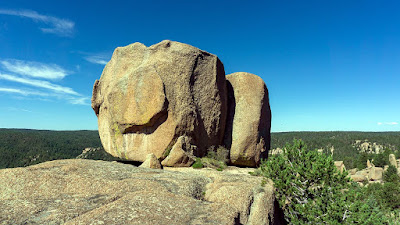 We couldn't get closer to the rock, there was a gap wide enough to prevent either of us from jumping across! 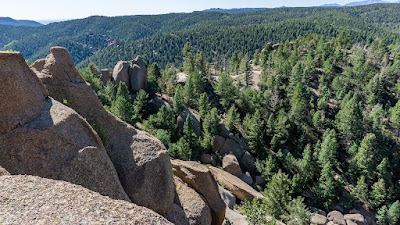 View from the rocks 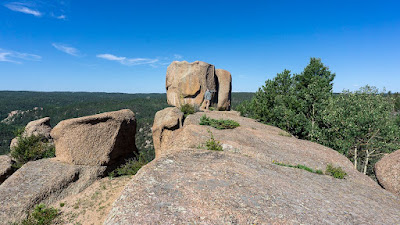 Rich K. giving some perspective on the rock's size 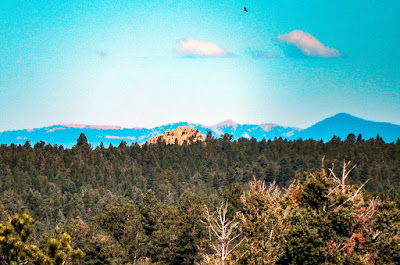 A view of Falcon Rock, from Chair Rock

One had to carefully park in this area.
We got back to the junction with FR32x and took it to the nice camping spot I'd found the other day: 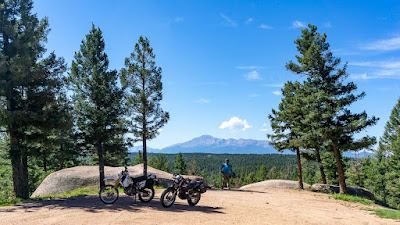 We got back to the VRRV and relaxed a bit until another Revival attendee, Gary, drove by with his Jeep and trailer.
Rich K. motored back to the Revival site to help Gary set up and I would join them after lunch.
A truck camper driven by a couple more people, Jerry and Mary along with their dog Yuki would show up in the later afternoon and I rode over to introduce myself as they set up their camper.
Not sure how many more people are expected, I'm hoping to see John S. aka Spat this evening.

Posted by redlegsrides at 6:30 PM

Just curious why they call the moto-gettogether a revival...

And, I don't see the chair. Maybe I lack imagination.

I don't see a chair either, RichardM....

As to the revival name, it's been going on now for 48 years and apparently at the start they gave it the name revival to give it religious connotations so that outsiders would avoid the event...

They would put RRR signage to guide people to the location since it's pretty hidden in the woods off one of the trails and I guess they did not want strangers.