So, we'd camped at the Birch Cove COE Campground in order to be within 20 miles or so of the town of Pawhuska, OK.  Martha wanted to check out the shooting locations for a favorite show of hers on HGTV called Pioneer Woman.

Ree Drummond, aka Pioneer Woman, is a famous TV personality who shows viewers how to prepare her recipes with a Midwest home-style cooking.  She opens her "home" at her family's ranch near Pawhuska to tourist and we were in town at the right time for a viewing.

Rhonda and Andy, friends of ours from the Dallas area, had driven up and met with us at noon today.  We went in Andy's car to Pawhuska, found the lunch wait at the mercantile store the Pioneer Woman had restored was almost two hours!  So we decided to grab a quick bite elsewhere then headed out to the Drummond Ranch.

Quite the spread, this ranch.  We made it there with no issues and the following pics show you a glimpse of the lodge used for shooting the HGTV episodes of Pioneer Woman:

The below pics show one two sumptuous kitchen setups in the lodge, very fancy. 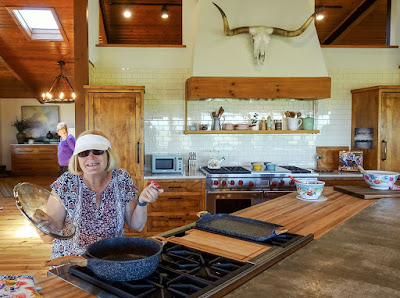 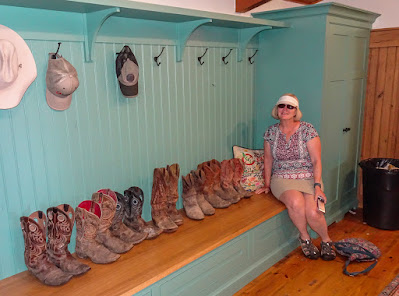 The first and more industrial kitchen used during the early portion of the show: 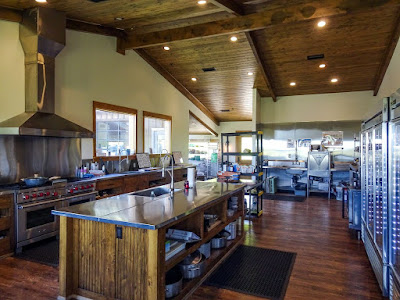 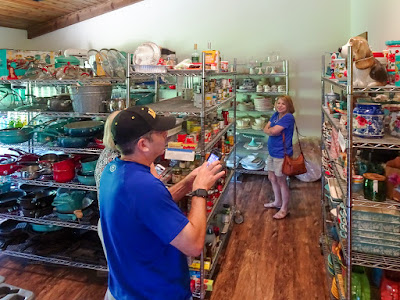 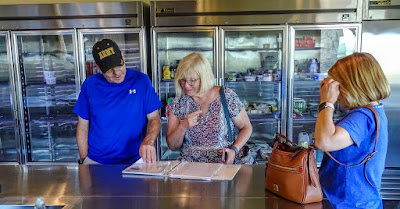 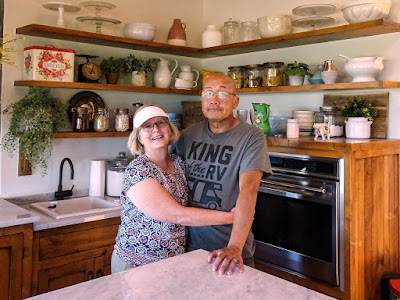 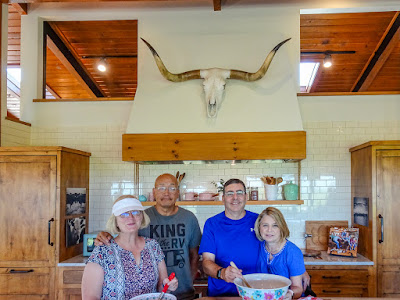 The huge back deck from where you could admire the huge ranch the lodge is situated within. 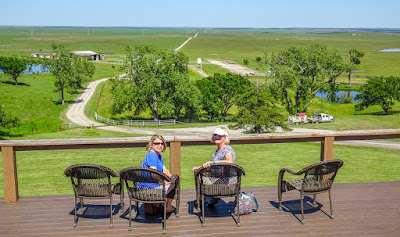 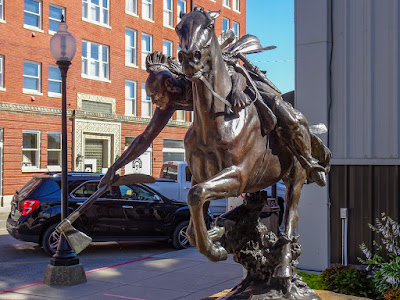 A homage statue to the Osage Indian Warrior 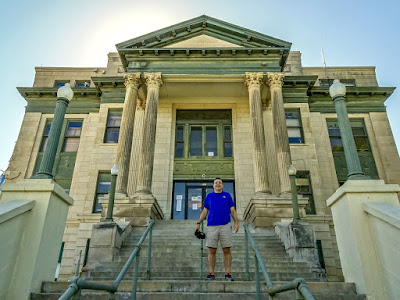 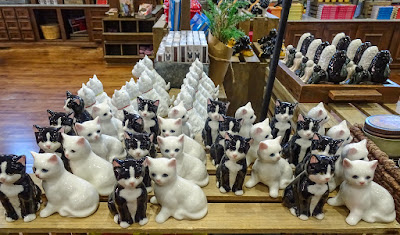 Salt and Pepper shakers at the Mercantile
While we wandered around the downtown, Andy spotted signs that a portion of the downtown had been configured as a movie set!  Turns out, they're shooting the movie: Killers of the Flower Moon, starring Leonardo DiCaprio. 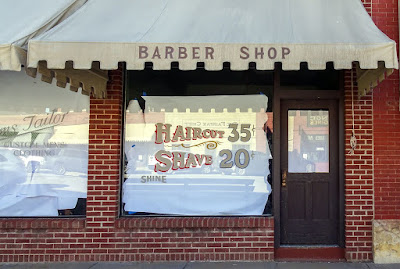 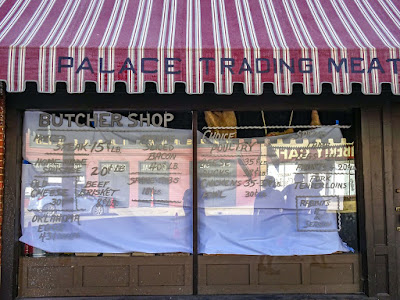 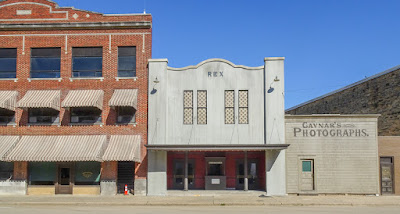 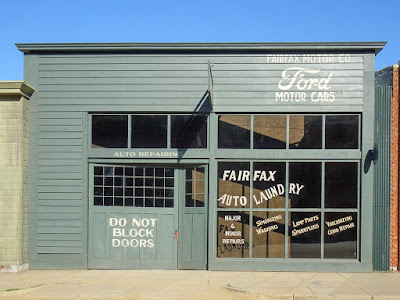 The cast and crew were off shooting somewhere else apparently according to the security guard we chatted up. If we end up seeing the movie, it'll be neat to see the spots where we were perhaps!
Tourist activities complete, we went back to the campground and cooled off with a dip in the lake, all four of us.  After some snacks, Rhonda and Andy left for their hotel in Bartlesville and we agreed to meet up with them tomorrow, there, to tour a nearby attraction.  Tune in for that destination.
Posted by redlegsrides at 8:40 PM

Of course, you took notes for the kitchen remodel. You really didn't need that family room, right?

RichardM, that big kitchen island was longer than the longest room in my house I think!