By 9AM, I was basically alone in the Delta County Fairgrounds once again.  All the rally attendees had departed for home and the rally was over.

Spent the rest of the morning just relaxing in the newly returned solitude.  Closer to lunch, I decided that since no riding was planned for the afternoon, might as well displace to the boondocking spot I'd spotted and checked out in the last couple of days.

Camp set up was under mostly cloudy skies, and thereby nicely cool temperatures.  Oh, and it was a bit windy but not bad.  Being situated between two dirt mounds helped cut down the wind's effect as well.

This spot isn't on my usual go-to app for locating boondocking locations.  I'd seen some existing fire rings while riding about the northern portion of the NCA and thereby it met all the requirements for dispersed camping site within BLM managed lands.

Here's a view of part of the dirt road that leads to the top of the hill on which the campsite is located. 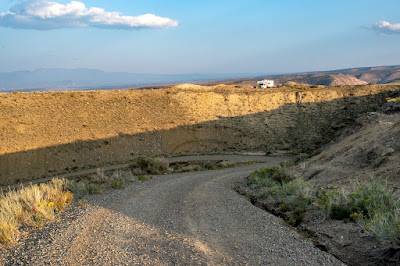 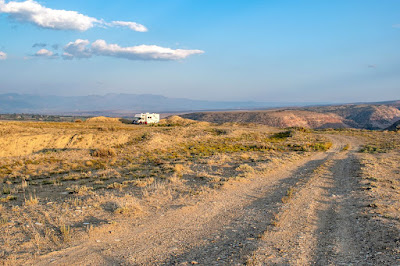 After dinner, I rode Yagi along the Eagle Rock Shelter Loop, taking pics of the eroded rock formations that are part of the Gunnison Gorge NCA. 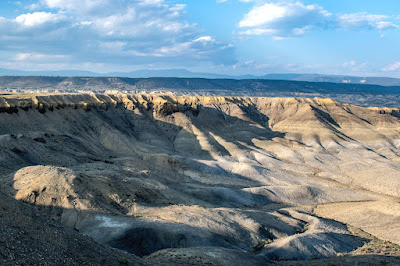 Can you spot Uma in the above picture? 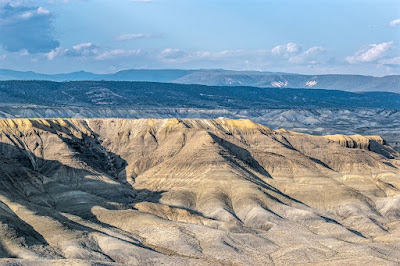 How about now?
A view, similar to a previous posting's pic, but with the setting sun's coloration of the rocks rendering them warmer to the eye. 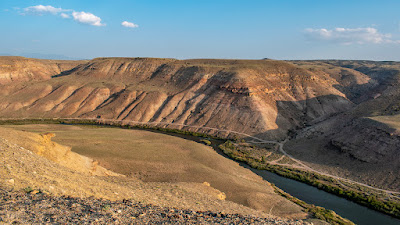 Shooting to the west, I liked the way the rock formations seemed to float in the haze. 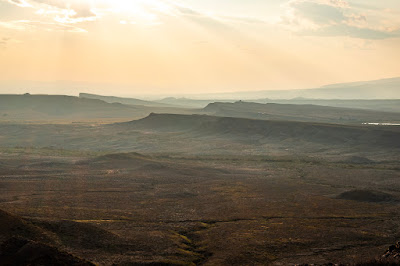 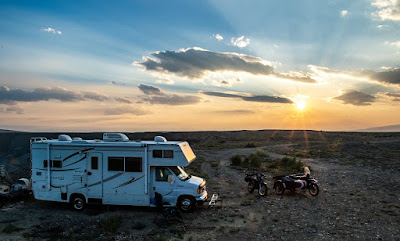 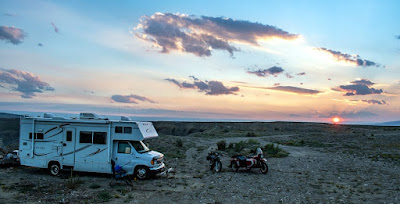 Yep, still a lot of haze and smoke from forest fires in the air.
I'll be here probably till Wednesday morning, it all depends on what kind of riding I can get in with Rich K. who lives in Hotchkiss.

Posted by redlegsrides at 7:50 PM