Cars of the Colorado Grand

This year, their stop in the town of Hotchkiss, coincided with part of the Thunder Mountain BMW Rally.  So it was kind of a bonus event for us.  Most of the morning was spent watching, admiring and taking pictures of these vehicles as they stopped briefly for coffee and snacks.

As usual, took too many pictures and not enough knowledge to be able to give you details on the cars, but figured you'd like the eye candy anyways.

This one was my favorite, the Mercedes Benz Gull Wing: 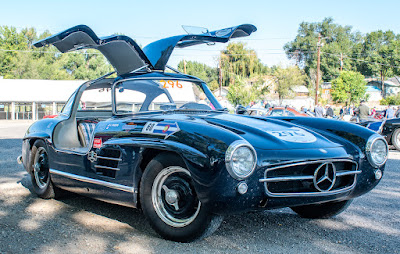 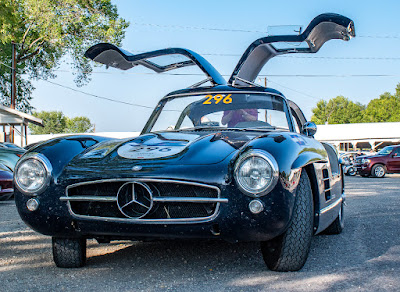 In no particular order or precendence, just a few of the many cars I saw, but these caught my eye best. 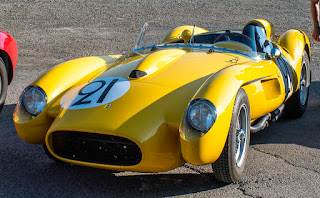 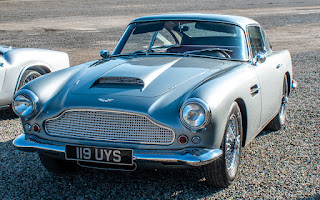 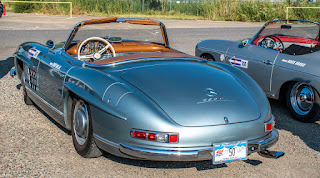 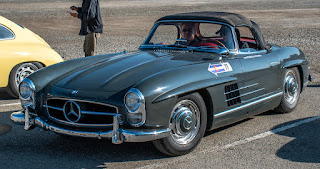 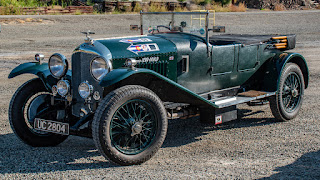 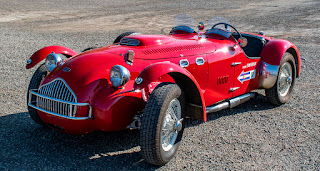 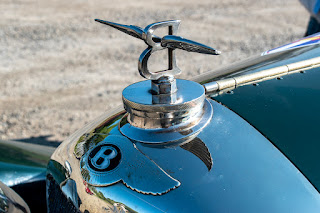 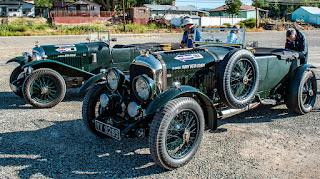 Not much riding today, though Dan K and I did manage to work in a short ride in the Gunnison Gorge NCA.  He'd not been on the rim before so I think he enjoyed himself.  Not many pics taken and the ones taken didn't really come out for me.
Then we found Dan's rig's left muffler loose in its mounting bracket, so he secured it up again using a spare nut he'd been carrying.  We returned to town to visit the hardware store but no parts retrieved; instead he thinks it'll be fine till he gets the rig home.
We had lunch at the Taco Hut in town, then basically "shot the shit" while whiling the hot afternoon away and things go ramped up with the BMW rally folks in terms of setup and registration.
Hopefully, a longer ride tomorrow on the Urals.

Note: I did manage to speak to Rich K. re getting his assistance but because of the logistics involved with hoisting a sidecar rig into the air; he was a bit doubtful as to his ability to work on it.  Having worked all his life as a Porsche mechanic, his days of laying on the ground working on vehicles were over.

So since the rig is quite drivable, I'll just take it on home and do the replacement of the steering head bearings by myself.

Posted by redlegsrides at 9:57 PM