At Hotchkiss, CO for the 17th Thunder Mountain BMW Rally

Woke early and got this shot of the sun rising from the two main mountain peaks visible from just about anywhere near Hotchkiss, CO: 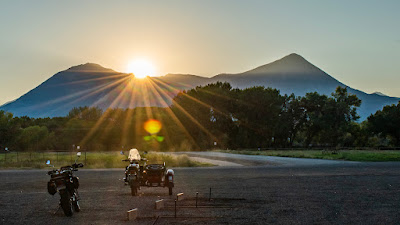 Lens bloom created that flower-looking object above
Scarlett, weird but nice
Yesterday, after setting up camp, I'd taken a short ride with Scarlett, my 2014 Ural Patrol Sidecar Rig, to check out some possible boondocking sites.  None found but a good ride nonetheless.

Near Pleasure Park, part of the Gunnison Gorge NCA 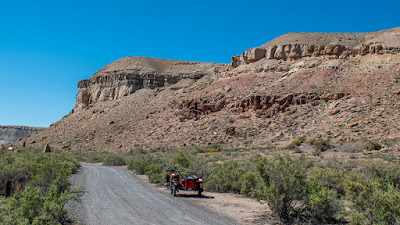 While it was still cool out (actually should have worn a liner under my riding jacket), I rode out once again to the Gunnison Gorge National Conservation Area (NCA) to do some more searching for boondocking spots.
I did manage to find about three to five good candidates and the access road involved was quite able to be negotiated by the VRRV!  I also did some picture taking of course, I was riding Yagi, my Yamaha TW200 Dualsport which loves the terrain we were on as we rode along the rim of the Gunnison Gorge. 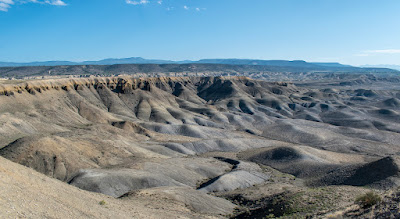 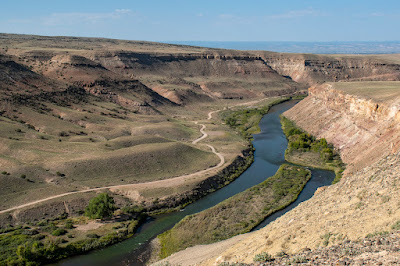 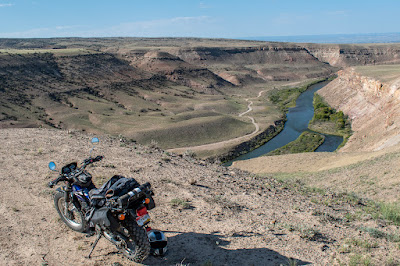 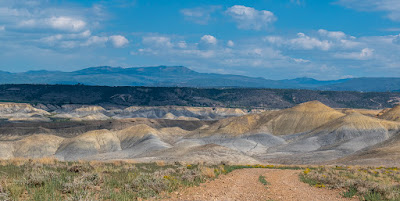 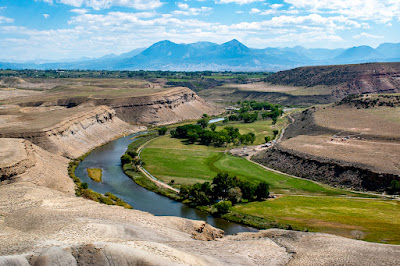 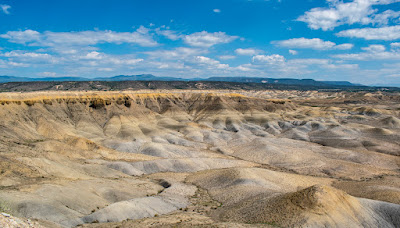 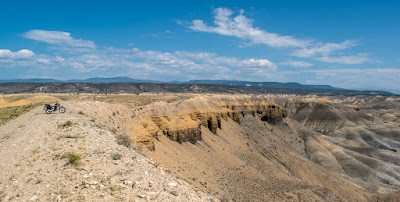 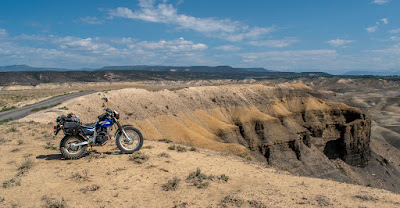 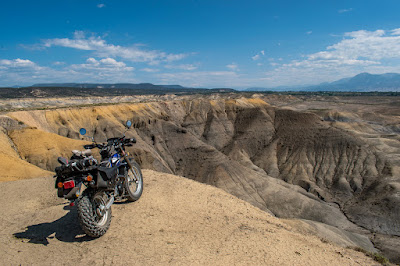 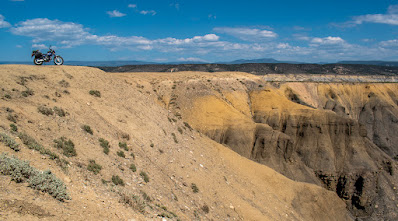 My final stop before reaching the highway as the collapsed entrance to an old mine on the side of a hill: 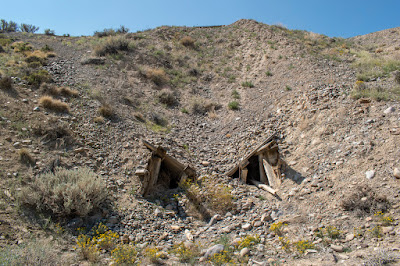 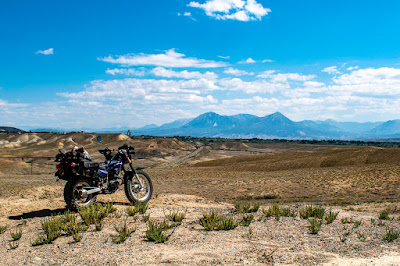 Back at the County Fairgrounds, I was working on Yagi's saddlebags when who should show up but Dana on his new rig.  It's a Triumph Rocket III tug with a Texas Sidecar!  It's quite the beast if you know of these motorcycles.
2.3 Liter Engine, the largest production engine worldwide apparently.  Dana had just returned last night from a 1119 mile trip from Donie, TX where he'd had the rig put together with the tug.  Needless to say, he's got gobs of torque and power with this new tug, so holding highway speeds or better are not a problem anymore.
Sadly, he'll be selling his 2006 Ural Patrol, which was ridden and ridden hard, year round, when Dana was working in the Vail area before he retired. 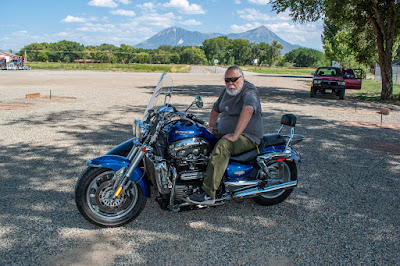 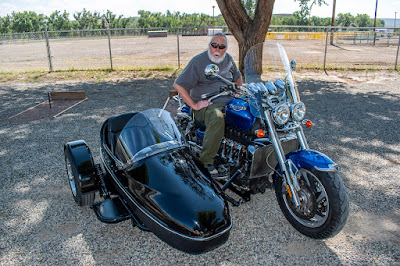 The rally starts officially tomorrow and there were several riders and their motorcycles already in evidence at the fairground's grassy area, with their tents set up as I type this posting.
Fellow Uralisti John and Cookie S., along with Dan K. are attending this event as well and I spent the evening first with John and Cookie at Dana's home (he lives in Hotchkiss); and then having a beer with Dan K. when I spotted his camper upon returning to the fairgrounds.
Posted by redlegsrides at 10:04 PM

Again with the spectacular scenery. I guess I'll never get tired to watch pics of America's wild side.

Dana's rig seams very suitable for US roads. I can't see a monster like this doing the pass roads in the Alps, though...

Thanks SonjaM, maybe not but for "canyon carving" he's got this really nice red BMW K100 EML Sidecar Rig that is the objective of lust on my part each time I see it!

Seems I missed the opportunity to see some of the great backroads around Hotchkiss when I was there. Must make it a point to get back there soon. Thanks for letting us see what we missed.

Dana's R3 is a monster rig, nothing else like it on the road. Is a thirsty beast though. Must only a handful of R3 rigs in the country. People don't know what they are missing. With it's open design, it is an easy machine to work on, electronics are not complicated and parts are not stupid expensive. That said it is a hand full, best left to the experienced sidecarists.

You would love it Dom, could pull Umma put of the mud if you got stuck.

I am sure, CCjon, that the power of the rocket 3 would be intoxicating! I think if I had one of those, I would get a small camper to tow behind it and explore that kind of boondocking!