Saturday, I drove Uma (with Scarlett in trailer) back towards the Phoenix Metro area.  I skipped the main portion by using Highway 303 to I-17 north.

I found a good boondocking spot, thanks to the allstays.com app, on Bloody Basin Road.  It was about 45 minutes south of Sedona so close enough for a day move.

Good 4G reception in the spot I found, though there was a bit of jockeying the URRV and trailer around until I found a level enough spot.

My nearest neighbor was about a mile away.

I drove Scarlett around for a bit, as it was late afternoon, selecting a site for sunset pictures.

Here's a couple taken on the site selected, a small ridgeline with a couple of fine camping spots for RVs, so long as you're willing to drive on rough road to get to them! 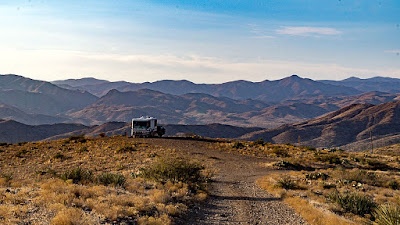 There was a Class A RV at the lowest camping site
on the ridgeline.  He found a nice location eh?

I retraced my route back to my own campsite, stopping briefly at the site of the Cordes Ranch (est. 1883).  It's now an abandoned looking settlement. 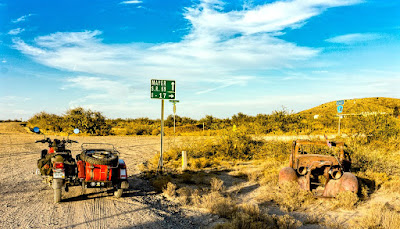 I made it to the RV for some tasks, then rushed back to the pre-selected site, nearly missing the setting sun. 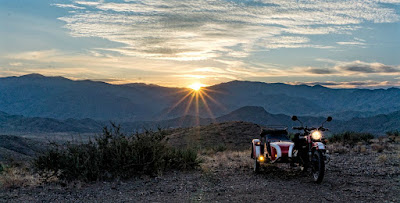 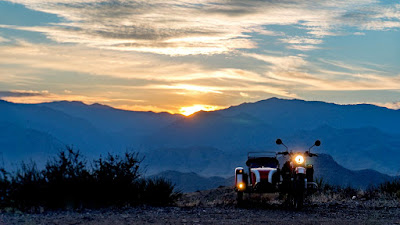 The night was dark and quiet in my camping spot.  Though occasionally a car or truck would drive by from the west, heading towards the I-17 junction about 4 miles away.

This traffic ceased after 8PM, or at least, I quit hearing it go by.  Did I mention it was really dark and quiet?  I went to bed soon after 9PM and slept pretty well till 2AM, read for a bit then slept till 6AM.

Sunday was spent first displacing to a campsite on Forest Road 618 which one can reach from the exit to State Rd 179 off of I-17.  Almost six miles along, found a nice and big enough pull through site and got setup.  4G coverage was again excellent.

Later, Scarlett and I rode to Sedona, checking out the colorful and large rock formations all about the city and also checking out Oak Creek Canyon. 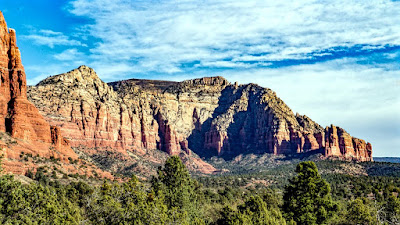 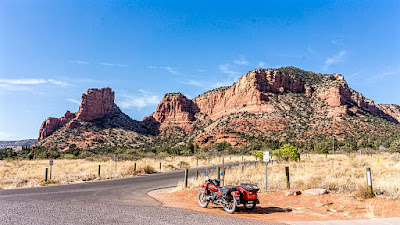 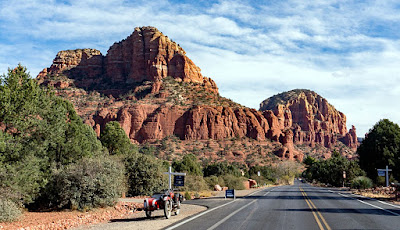 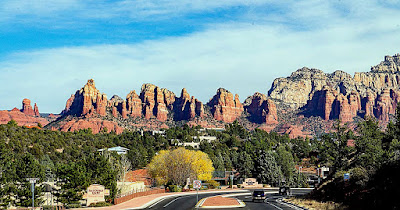 Oak Creek Canyon had been advertised as a worthy peer to the Grand Canyon by the tourism board.  To them I say: Meh.  I found it unimpressive.  Perhaps if the sides of the canyon walls weren't covered by pine trees.  Perhaps I'm just jaded. 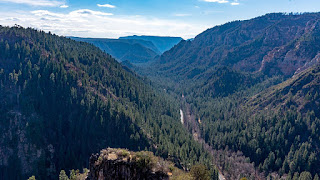 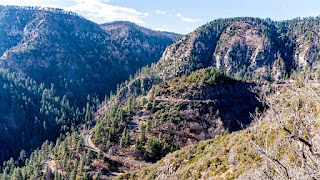 Back in Sedona, I wandered about neighborhoods along State Road 89 for some more rock formation shots. 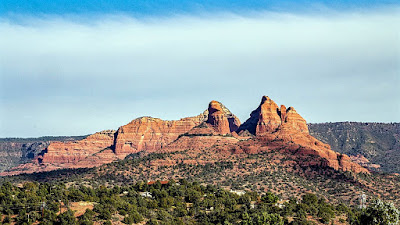 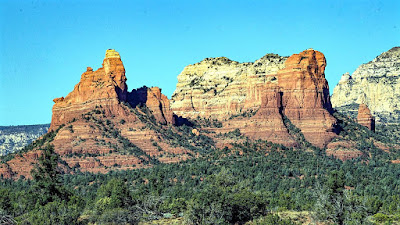 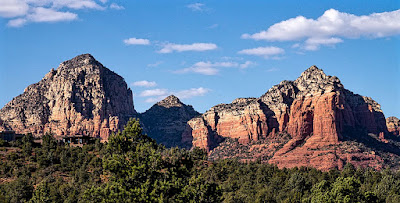 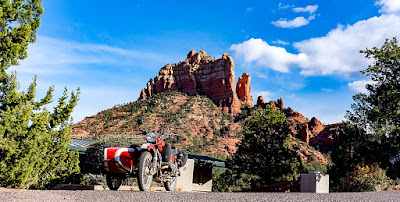 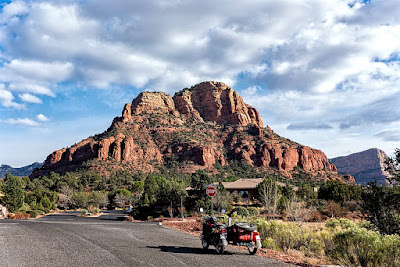 Very nice rock formations mind you, but I was chilled from riding in the 50s without adequate wind protection or warming layers.  Silly me, I know.

I rode back to the campsite and witness a rather drab overcast and cloudy sunset. 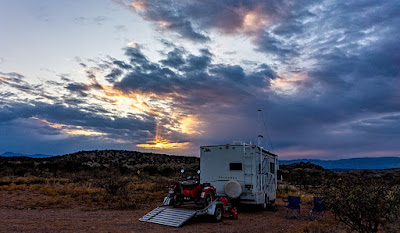 The strong 4G reception I'd experienced at the Coconino Forest site in the morning when I moved in; proved slow and sporadic when I returned in the afternoon.  It's stable as I type this, hope it remains this way or I'll have to displace tomorrow.
Posted by redlegsrides at 6:23 PM

Gorgeous scenery! I would agree with your assessment of Oak Creek Canyon. I'm not sure I would compare it to the many canyons in Utah, We are hoping to be in AZ next year. (Prompted by your photos)

Thanks RichardM, Oak Creek Canyon has nothing on the stuff in Utah.

Such beautiful country out there and your photos bring back great memories of trips past to that area.

Glad I could help Canajun